To share your memory on the wall of R.G. Robert (Rob) Rogers, sign in using one of the following options:

Provide comfort for the family by sending flowers or planting a tree in memory of R.G. Robert (Rob) Rogers

Among his many passions, Rob enjoyed making music with family and friends and boating adventures on the Rideau Canal and in the Florida Everglades.

Just a week before he passed away, Rob was doing what he loved, playing his concertina with friends in a Sunday afternoon "Traditional Irish Music Session", at a popular local coffee shop.

The family of the late Robert Rogers, due to Coronavirus outbreak in Canada, have postponed their services at the present time. Please visit our web site where the date for final arrangements will later be posted. In memory of Rob, donations may be made to the First Baptist Church, Brockville and District Hospital Foundation, Salvation Army, or Arthritis Society (directed to rheumatoid arthritis). Condolences may be placed on the memory wall above. To leave a video condolence, click the blank box and you will see the video option appear. Thank you

Donations can be made in the following ways:

1) First Baptist Church - by mail to the funeral home (cheques only, please)

3) Arthritis Society - by visiting https://arthritis.ca (if you wish to have them send a notification to the family and you do not have the family’s contact information, please, have it sent to the funeral home at admin@irvinememorial.com or 4 James Street East, Brockville ON, K6V 1J9)
Read Less

We encourage you to share your most beloved memories of R.G. Robert (Rob) here, so that the family and other loved ones can always see it. You can upload cherished photographs, or share your favorite stories, and can even comment on those shared by others.

We are sending our deepest condolences to you, Natalie, Alan, Mara and your family on the passing of your beloved dad. Sincerely, Janet, Isobel and Sam Fanaki
Comment Share
Share via:

Posted Mar 18, 2020 at 06:15pm
My sincere condolences to Sue and the family. I worked with Robert in his early days at Bell - on Belmont street in Montreal.
Such a nice man and a wonderful co-worker.
Nancy Ryan
Comment Share
Share via:
GO

Posted Mar 18, 2020 at 09:22am
Sue; Johanne and I extend our sympathy to you and your family. So many fond memories of our musical outings with you and Rob. Rob had so many unique tunes and he was able to help me learn so many of them. It was always fun to play with Rob....he was able to bring life to our gigs and the various jam sessions. Rob will be missed.

Posted Mar 15, 2020 at 10:47pm
Was so sorry to hear that Rob left us. He, and Sue, were always so positive and friendly, and encouraging of me when I was learning to play the whistle, and they were making music and making new friends. Such was Rob's easy going demeanor. I hope to make it for the service. Rest is peace Rob, fond memories in having crossed your path in life.
Comment Share
Share via:
BR

Posted Mar 14, 2020 at 06:34am
Sorry to hear of your loss. It was always nice to catch up with Robert when he attended our Bell SRCI breakfasts at Local Heros Ottawa. He was very much a true gentleman. Bruce Ray
Comment Share
Share via: 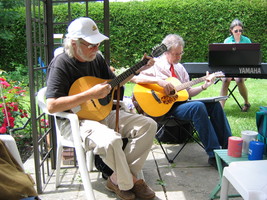 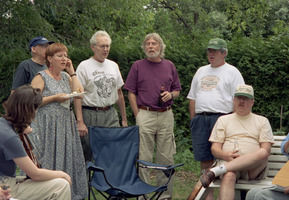 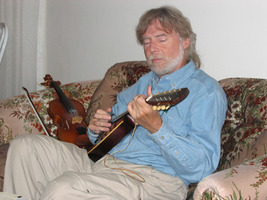