To share your memory on the wall of Trevor Flinn, sign in using one of the following options:

A graveside service will be held at Roselawn Memorial Gardens, Maitland at a later date.

As expressions of sympathy, donations to the Wellington House Nursing Home will be gratefully acknowledged.

Send condolences or share a special thought of Trevor on the Memory Wall above. Thank you.
Read Less

Receive notifications about information and event scheduling for Trevor

Donations are being accepted for: Wellington House Nursing Home.

We encourage you to share your most beloved memories of Trevor here, so that the family and other loved ones can always see it. You can upload cherished photographs, or share your favorite stories, and can even comment on those shared by others.

Posted Feb 21, 2021 at 11:06am
Dear Lois and family, Our deepest sympathy to you and all the family on the loss of your dear brother. It sure has been a tough year for you. We send BIG HUGS and much love xoxoxo. You are in our thoughts and prayers as always at this very sad and difficult time. Love, Bob, Elaine, Haley, Lesley, Ryan and families
Comment Share
Share via:
DW

Posted Feb 16, 2021 at 07:02am
We send our condolences to Trevor's family. We only knew Trevor for a short time when we went to visit our Dad. He was such a pleasant man, always with ready smile. Thinking of you at this sad time. Ted, June and the Beckstead Family
Comment Share
Share via: 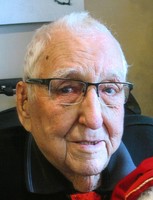