To share your memory on the wall of Sonya Van Rijswijk, sign in using one of the following options:

Passed away peacefully at the Brockville General Hospital, Charles Street Site on Sunday, December 27, 2020 after a 20-year battle with breast cancer. Sonya Bernadette (Gougeon) Van Rijswijk, at the age of 67 years. Daughter of the late Gregoire Gougeon and Dorothy Gougeon-Prevost (nee Dupuis). Beloved wife of Erik Van Rijswijk and cherished mother of Peter Van Rijswijk (Melissa Behan), Dave Van Rijswijk (Danielle-Constance Lapointe) and Lisa Van Rijswijk (Cameron Perkins). Loving Oma of Emma, Sydney, Eric, Samantha and Robyn. Dear sister of Dan Gougeon, Dennis Gougeon (Suzan), Lise Taggart (Bill), Vincent Gougeon and Christine Dupuis (Mark). Predeceased by her twin sister Paula Johnston (Carl survives). She was a positive spark of love and endearment whose presence will forever echo onwards in even her most brief acquittances. Sonya’s family would like to express immense gratitude for all those who helped her throughout her battle.

Due to the current limitations, a Celebration of Sonya's life is being planned for August 27, 2021 (her birthday). Interment will be taking place at the Roselawn Memorial Gardens, Maitland, Ontario with a private ceremony held on December 31st, 2020.

As expressions of sympathy, donations to the Canadian Cancer Society or to a charity of your choice will be gratefully acknowledged.

Send a message of condolence or share a special thought of Sonya on the Memory Wall above.
Read Less

Receive notifications about information and event scheduling for Sonya

We encourage you to share your most beloved memories of Sonya here, so that the family and other loved ones can always see it. You can upload cherished photographs, or share your favorite stories, and can even comment on those shared by others.

Posted Feb 03, 2021 at 10:23am
Eric, So sorry to hear about your wife Sonya. Thinking of you and your family at this time.
Derrick Gilliard
Comment Share
Share via:
SW

Posted Jan 04, 2021 at 01:35pm
I was so sad to read the passing of Sonya. She was a friend and co-worker of mine at BGH and will be greatly missed. Thinking of the family during the difficult time. RIP Sonya.
Comment Share
Share via:
JL

Posted Jan 04, 2021 at 01:06pm
Dear Erik and Family,
I am so sorry for your loss. Sonya was such a dear co worker and I enjoyed working with her in Medical Records for many years. She always had a great sense of humour even while battling cancer. I offer you my deepest condolences and you will be in my thoughts during this most difficult time.
Jane Lester
Comment Share
Share via:
JC

Posted Jan 03, 2021 at 07:43am
Eric and Family,
My sincere condolences on your loss.
My thoughts and prayers are with you.
Dave Fewer
Comment Share
Share via: 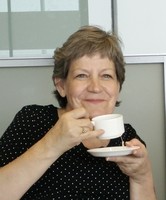