To share your memory on the wall of Sheridan Coates, sign in using one of the following options:

Passed away peacefully on Friday, April 30, 2021. Sheridan Earl Coates, at the age of 79 years. Husband of the late Joan (nee Perrault). Survived by his children Sabrina Ducross (Stephen ), Shawn Coates (Vicki) and his longtime fiancée and friend Susan Miller. Fondly remembered by his two grandchildren Clinton and Chantel. Predeceased by his siblings Ernie, Lawrence, John and June Burnett as well as his parents Lorraine and Charles Coates. Sheridan was a member of the St. James Masonic Lodge No. 76, The Royal Canadian Legion Branch No, 96,as well as The Leeds County Draft Horse Club and The Antique Wheels In Motion. Sheridan served with the regular forces in the Canadian Army- Queens own Rifles from 1959 thru 1963 serving in Calgary, and three years in Germany with the Nato Forces.

Due to Covid 19 a private graveside service will be held at Roselawn Memorial Gardens, Maitland. As expressions of sympathy, donations to the Brockville and District Hospital Palliative Care program will be gratefully acknowledged.

Send condolences or share a special thought of Sheridan on the Memory Wall above. Thank you.
Read Less

Receive notifications about information and event scheduling for Sheridan

We encourage you to share your most beloved memories of Sheridan here, so that the family and other loved ones can always see it. You can upload cherished photographs, or share your favorite stories, and can even comment on those shared by others.

3 trees were planted in the memory of Sheridan Coates

Posted May 11, 2021 at 11:54am
To Susan and the Coates Family. We were very saddened to hear of Sheridan's passing. Sheridan was a longtime member of Antique Wheels in Motion and will be missed by all who had the pleasure of knowing him. Our sincere condolences.
Comment Share
Share via:
BF

Posted May 05, 2021 at 05:46pm
I knew Sheridan for many years through his electrical business. A kind, always pleasant gentleman, with a quick smile, he will be missed. Sincere condolences.
Comment Share
Share via:
GT

Sorry so sorry to hear of your loss of Sheridan. I knew him for many years as a contracted electrician at Procter and Gamble. He was very kind hearted and cheerful. He will be missed. Gary Thornhill 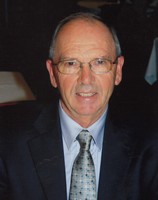