To share your memory on the wall of Joanne O\'Meara, sign in using one of the following options:

Arrangements are entrusted with the Irvine Funeral Home and Chapel, 4 James Street East, Brockville. A graveside service for Joanne will be held at Roselawn Memorial Gardens at a later date. As expressions of sympathy, donations to the Brockville and District Hospital Foundation Palliative Care will be gratefully acknowledged. Send condolences on the memory wall above or place a donation using the link below.
Read Less

Receive notifications about information and event scheduling for Joanne

We encourage you to share your most beloved memories of Joanne here, so that the family and other loved ones can always see it. You can upload cherished photographs, or share your favorite stories, and can even comment on those shared by others.

Posted Jan 07, 2020 at 08:41am
Beaver;
I have just heard of the loss of your beautiful wife. I am at a loss for words,but just know, she will always be walking beside you,holding your hand. Your children are her Angel's and will keep you so very close to her with all their wonderful memories. My heart is broken for you as you put my heart back together a few times. My deepest, heartbreaking condolences to you,my dearest friend and your children.
Comment Share
Share via:
N

Posted Jan 05, 2020 at 09:04pm
Bob and family, I was so sad to hear Joanne had left this life. She will be missed by all who were lucky enough
to know her. Always so kind and friendly. She will make a wonderful Angel to teach people how to be good people in
heaven. Untill we all meet again Joanne R.I.P.
Comment Share
Share via:
B

Posted Jan 03, 2020 at 08:23pm
So sorry to hear of Joanne's passing,Bob.It was always heartwarming to see the two of you walking hand in hand.Such a sweet couple!
My heart breaks for you and the family.praying that your beautiful memories will sustain you and give you peace.
Please accept our condolences.
Comment Share
Share via:
BR

Posted Dec 30, 2019 at 07:55pm
Saddened to hear of Joanne's passing. She was a dear neighbour for many years. Our deepest condolences to the family.
Thelma Salter, Gary Salter, Betty Rocca
Comment Share
Share via: 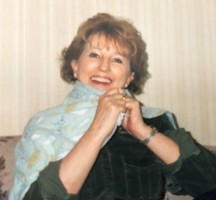