To share your memory on the wall of Janet Code, sign in using one of the following options:

Passed away peacefully at the Kingston Health Sciences Centre on Wednesday, November 4, 2020. Janet Diane (Empey) Code at the age of 78 years. (Retired Director of Nursing at Wellington House, Prescott, ON.). Beloved wife of the late James Merrill Code and dear mother of Lori (Mike) McIlvenna, Christina Caicco and Brad Code (Rhonda). Fondly remembered by her grandchildren Andrew, Gillian, Emily, Brooke, Alyson, Anthony and Adam. Janet is survived by her brother Brian Empey and was predeceased by her parents Marjorie and Cecil Empey.

A private family service will be held at a later date. As expressions of sympathy, donations to the SPCA or the Brockville General Hospital Foundation Palliative Care will be gratefully acknowledged. Send condolences or make a donation online at www.irvinememorial.com. Arrangements are entrusted with the Irvine Memorial Chapel at Roselawn , 2451 Cty. Rd. 15, Maitland.
Read Less

Receive notifications about information and event scheduling for Janet

We encourage you to share your most beloved memories of Janet here, so that the family and other loved ones can always see it. You can upload cherished photographs, or share your favorite stories, and can even comment on those shared by others.

Posted Nov 09, 2020 at 06:31pm
Court & I wish to send our sympathy to your family on the loss of your Mother, Grandmother, and our good neighbour Janet...we will miss her in the Maynard subdivison, she was a lovely lady...all the best to your families...

Posted Nov 07, 2020 at 03:59pm
Doug and I are so sorry to hear of your mom's passing,
Janet was one of the coolest people I know, so friendly from the very moment I met her. You are so lucky to have had her love and know that it will follow you always,

Posted Nov 06, 2020 at 04:07pm
Lori, Christina & Brad - so sorry to hear about your mom's death. I know you will miss her. I have fond memories of growing up with her on the farm.
Sincere condolences - Shirley (Empey) Pulfer
Comment Share
Share via:
B

Posted Nov 05, 2020 at 07:21pm
To Janet's Family:...You are in my and my family's thoughts at this difficult time,...Janet was an angel with wings upon her heels...a wonderful person with a big heart..a great friend and mentor who will be missed....R.I.P. Janet...Barb Workman, (Mack).
Comment Share
Share via:
LR

Posted Nov 05, 2020 at 07:16pm
So sorry for your loss. Our thoughts and prayers are with you all during this most difficult time.
xoxo
George and Linda Robinson & Family
Comment Share
Share via: 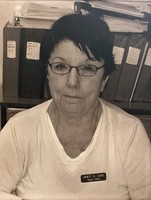