To share your memory on the wall of George Smith, sign in using one of the following options:

George Ernest Smith passed away at the Brockville General Hospital on August 30, 2020 at the age of 92. Beloved husband for 67 years of Jean (nee Morwick) Smith. Loving father of David (Betty), Alan (Debbie), Lois (Jack Veryzer), and Rob (Nikki); and cherished grandfather of Lori (Greg), Theresa, Amy, Curtis (Devon), Katie, Lucas, and Charlie. He is also survived by his sister-in-law Mary O’Brien and brother-in-law Jim Morwick (Lorene), as well as many nieces and nephews. He was predeceased by his parents, Glenson and Margaret Smith, and his brother Marson.
George was a United Empire Loyalist whose family has lived in Leeds County since 1794.
Born in 1928, George grew up in Brockville and attended Brockville Collegiate. He obtained his Bachelor of Science Degree from the University of Toronto (Ontario Agricultural College) in Guelph in 1952. While in Guelph he met Jean Morwick, the love of his life, and they were married in 1953. That same year he joined his father, mother and brother in the family business, Smith’s Dairy Limited, in Brockville.
Smith’s Dairy was sold to Beatrice Foods Co. of Chicago in 1970. George continued with Beatrice Foods, moving to Kingston, Barrie and Mississauga, and becoming President of Beatrice Dairy Operations in Canada in 1985.
George retired in 1993 after having spent over 40 years in the food industry. He served as Chairman of the National Dairy Council in 1991-92, served on the Federal Task Force on National Dairy Policy 1989-1991, and was a member of the Milk Industry Foundation in Washington, DC. He served as a member of the Board of Trustees of the University of Guelph, 1993-99, a member of the Board of Directors of Beatrice Foods Inc., 1993-95, and a member of the Board of Directors of Teranet Inc., 2000-06.
George and Jean returned to Brockville in 1997.
George was an active leader in the Brockville community. He was a member of Brockville City Council for seven years, 1959-1965, four years as an Alderman and three years as Mayor. He served 10 years as a member of the Board of the Brockville Public Utilities Commission. He also served on the Board of Brockville General Hospital.
George was a long-time supporter of the YMCA both in Brockville and in Barrie. He was President of the “Y” in Brockville during its capital campaign of 1967-70 that resulted in the building of the first phase of the “Y” presently located on Park Street. His love of the “Y” continued upon his return to Brockville where he served as the volunteer chair of the annual fundraising campaign.
George was a member of Wall Street United Church for most of his life, as his parents had been, and he served on the Board of Directors and was a past Chairperson of Wall Street Village Inc. He was a life member of Sussex Lodge #5, AF & AM.
Their family was always a source of pride for George and Jean. While their children were located in various parts of Canada, they were always close. The family cottage on Charleston Lake was a frequent focal point for family gatherings. George loved being on or near the water, whether the St. Lawrence River, Charleston Lake or the Caribbean Sea around St. Maarten. And he loved his “skiff-putt”, custom built by the late Charlie Cliffe.
George will be missed by many friends in many places. He cared. His sincerity, integrity and respectful counsel nudged many lives in a positive direction.


Send a message of condolence or share a special thought of George on the Memory Wall above. Thank you.
Read Less

Receive notifications about information and event scheduling for George

Donations are being accepted for:
Brockville and Area YMCA BROCKVILLE AND DISTRICT HOSPITAL FOUNDATION

We encourage you to share your most beloved memories of George here, so that the family and other loved ones can always see it. You can upload cherished photographs, or share your favorite stories, and can even comment on those shared by others.

Pat, Tuc & NBF Team and Your friends at Crew Energy Inc. sent flowers to the family of George Smith.
Show you care by sending flowers

Posted Sep 17, 2020 at 10:38am
Dear Jean: Bill and I send you our heartfelt sympathy on your loss of a wonderful life's companion/
How marvelous that you were given so many happy years together. We so enjoyed our friendship during our last years in Brockville. George was such a gentle man. in every sense of the word.
With the love and support of your family and many friends, to find happiness again, we wish you well, We will kep you in our prayers.
We are very content in our lovely apt.on Nun;s Island (this a island once a 300 acre farm owned by Grey nuns off the Island of Montreal) We have sunup to sunset view over the St Lawrence, up to the Lachine rapids.. Making new friends, and keeping fit!! All our kids
and .Grand children nearby.
Keep well and don't forget to wash your hands!
Sincerely, Donna Scott
Comment Share
Share via:
BC

Posted Sep 16, 2020 at 11:58am
I have such wonderful memories of times spent with you and George at sorority socials, visiting you in Brockville and especially in St. Maarten. Very warm wonderful people. George was so helpful in getting my dear Bill started in wine making.
Thinking of you with love and prayers.
Bev Combe
Comment Share
Share via:
LN

So sorry to hear of George's death. I have so many fond memories of George in our old neighbourhood when we were young. Also boating adventures in the islands. Many laughs and good times with Hal and Jean. Was so happy when you moved back to Brockville and could see you again. Thinking of you all.

Much sympathy and tender memories,

Posted Sep 11, 2020 at 04:27pm
Dear Jean and family - George was a special gift to the community of Brockville and area. He was kind and understanding, never flinching from the difficult decisions. I remember him most for his long time support of the "Y." Take care of each other and remember that his spirit is still all around us!! Sincerely, Sandra Lawn (past president of the Brockville and Area YMCA).

It is with great sadness that Bernice and I say goodbye to our friend George.
Jean, we want so much to comfort you, and help you ease the pain of losing a dear husband. We all will miss George, but his contribution to the Brockville area will always be remembered and appreciated by all.
May George Rest In Peace .
Comment Share
Share via: 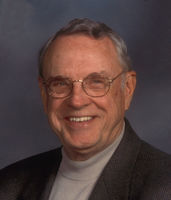