To share your memory on the wall of Gaile Ciaraldi, sign in using one of the following options:

Gaile Catherine Ciaraldi (nee Ferguson), passed away peacefully with her daughter by her side at Rosebridge Manor in Jasper on Saturday, May 2, 2020 at the age of 71.

Gaile Catherine Ciaraldi (nee Ferguson), passed away peacefully with her daughter by her side at Rosebridge Manor in Jasper on Saturday, May 2, 2020 at the age of 71.

A private memorial service will be held at Irvine Funeral Home, 4 James Street East, Brockville with the 10 or less guest protocol in place. A celebration of Gaile's life may be planned when it is safe to gather.

As expressions of sympathy, donations to the Canadian Mental Health Association will be gratefully acknowledged.

Please take a moment to send a message of condolence to the family or share a special thought of Gaile on the Memory Wall above. Thank you.

Receive notifications about information and event scheduling for Gaile

Donations are being accepted for: THE CANADIAN MENTAL HEALTH ASSOCIATION.

We encourage you to share your most beloved memories of Gaile here, so that the family and other loved ones can always see it. You can upload cherished photographs, or share your favorite stories, and can even comment on those shared by others.

We were so very sorry to hear of your Mom and Aunt’s passing. Please know we are thinking of you and sending our condolences to you all.
Beth and Randy Vegso
Comment Share
Share via:
BA

Posted May 04, 2020 at 05:07pm
We are very sorry to hear of Gaile's passing Please accept our sincere condolences Thinking of you & your families at this difficult time Sincerely Ersula Shaffer & Barb Abram
Comment Share
Share via:
RS

Posted May 04, 2020 at 07:52am
Dear Doug, Greg, Janice and family,
Our sincere condolences to you in the passing of Gaile, our thoughts and prayers are with you during this difficult time.
Sincerely,
Rob and Sylvia

So very sad to hear of Gaile’s passing. We were very good friends during our high school years and after. I spent a lot of time at the Ferguson home and will always have great memories. Keeping you all in my thoughts and prayers. Cheryl Fox Cook. 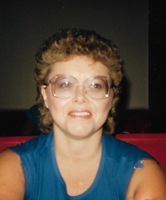