To share your memory on the wall of Billy McCann, sign in using one of the following options:

We are profoundly saddened to announce the sudden passing of our beloved Billy McCann on Sunday evening June 23 at his new home at the Royal Brock Retirement in Brockville Ontario. Left to mourn are his bro... Read More
MCCANN, WILLIAM THOMAS (BILLY)

We are profoundly saddened to announce the sudden passing of our beloved Billy McCann on Sunday evening June 23 at his new home at the Royal Brock Retirement in Brockville Ontario. Left to mourn are his brother-in-law Doug Shields, his nephews Robert (Lisa) Shields and Christopher (Mary-Ann) Shields and their children Ellie, William, Matthew, Ryan and Emily. He was predeceased by his parents Ed and Irma McCann, his brother Robert and his sister Beth. He was the last of his line.

Billy was born in Amherst, Nova Scotia in 1941 where his father was an engineer building Avro Anson trainers for the Canadian Air Force war effort. After the war, Mr. McCann came to work at Phillips Cables in Brockville. After his father’s death in 1967, Billy went to work at Phillips as a mail runner and claimed to have walked hundreds of thousands of miles over his twenty-eight years of service. He was very proud of the fact that he had worked longer at Phillips than did his father.

Billy had a life-long relationship with the Brockville Operatic Society, starting during the time that his mother was a pianist for the orchestra. His support and engagement with the Society was a source of pride for him.
Soon after his mother died in 1979, Billy began a life-long relationship with BACLA (Brockville and Area Community Living Association). It was only with their support that Billy was able to continuously live independently. One of his longest serving Special Counsellors was Helen Windsor.

After retirement, Billy’s daily routine usually involved a visit to 1000 Islands Restaurant, where George always had Billy’s seat reserved and his cup of coffee ready. George’s kindness extended to including Billy in some of the restaurant celebrations and even included Billy in certain special family events.

The family would like to extend heartfelt gratitude to Courtney LePaige who befriended Billy and took him under his wing in the Civitan Organization where with his mentorship and guidance, he and Billy became a team for 34 years involved in fund raising, community support, Christmas parades and National conferences. During that tenure, Billy received many, many awards recognizing his commitment to and work on behalf of Civitan. It was only fitting that Billy wore his Civitan vest on his funeral day.

Billy faced many challenges in his life, but with the love and devotion of his mother and the support of many others, he became a responsible citizen and was fully engaged in his community. He never had a bad word to say about anyone and lived his life in joy and harmony. If anyone could, Billy lived life in a state of grace and came to be regarded as an institution in Brockville.

In memoriums may be made to BACLA or a charity of your choice.

Please leave a message of condolence for Billy's family or share a special story on the Memory Wall above.
Read Less

Receive notifications about information and event scheduling for Billy

We encourage you to share your most beloved memories of Billy here, so that the family and other loved ones can always see it. You can upload cherished photographs, or share your favorite stories, and can even comment on those shared by others.

Posted Jul 04, 2019 at 08:03pm
We are so sorry to hear this sad news. I had he pleasure of working with Billy in many Brockville Operatic Society productions and my father and his family spoke highly of him when he worked with them at Phillips Cables. He always had a smile and compliment for all and brought joy to everyone whose life he touched. When we were performing with the Riverside Singers it was always a pleasure to look out and see Billy in the audience dancing along to our music. He had such a love of music and theater and the energy to keep on dancing for hours. We will miss you Billy.
Comment Share
Share via:
GB

Posted Jun 28, 2019 at 11:01am
I have known Billy my entire life. Never has there been a kinder, more gently soul. I always stopped to talk to Billy every time i saw him. I saw him just a few weeks ago at the Royal Brock and i made sure to speak with him. I'm glad I did.
As it has been said, Billy was likely the best Ambassador Brockville could have had and it is fitting the tribute he will receive today.
My deepest condolences to all of his family and friends. We have lost a treasure.
Comment Share
Share via:

Posted Jun 28, 2019 at 09:18am
Bill, always a smile and kind word. I know he hung up his parade dancing shoes years ago but he was one of the first to welcome me to Brockville at a Riverfest Parade. He is missed but not forgotten.
Carol & Chris Palko
Comment Share
Share via:
AS

Posted Jun 28, 2019 at 03:09am
My deepest condolences to Billy's family and tò the citizens of Brockville who loved him like family. I met Billy on the bus many years ago,I sat down across from him and he said "Yòu get younger and prettier everytime I see you" For a moment I was stroking my ego ,feeling quite good about myself.Until other women entered the bus , I guess you can see where I'm going with this lol.I soon understood that Brockville had the youngest and prettiest women.You always brightened my day my friend and I hope you never forget the city that loves and will miss you dearly.R.I.P Billy. Your Friend, Angela Secco
Comment Share
Share via:
SB

Posted Jun 27, 2019 at 07:11pm
Billy was a wonderful kind, generous, happy & especially positive person who loved to dance. As a fellow Civitan member I shared many dances with him over the years at various functions and loved every minutes of it. Dance away Billy we will certainly miss you.
Sincerely Tom and Sue Baker from Carleton Place & District Civitan.
Comment Share
Share via: 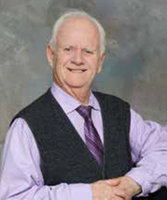 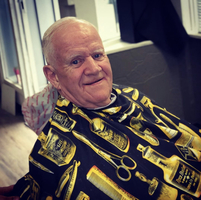 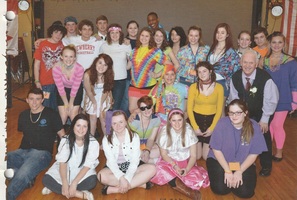 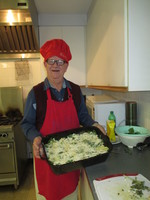