To share your memory on the wall of Barry E.R. Greene, sign in using one of the following options:

Provide comfort for the family by sending flowers or planting a tree in memory of Barry E.R. Greene

Provide comfort for the family by sending flowers or planting a tree in memory of Barry E.R. Greene

Passed away peacefully surrounded by the love of his family at BGH Garden St. site on Wednesday, April 8, 2020, at the age of 77. Most beloved husband of Regina Giebels and dear father of Scott and Brian (Antje). Sadly misse... Read More
~~~~~~~~~~~~

Passed away peacefully surrounded by the love of his family at BGH Garden St. site on Wednesday, April 8, 2020, at the age of 77. Most beloved husband of Regina Giebels and dear father of Scott and Brian (Antje). Sadly missed by granddaughter Kassidy. Survived by brothers Perry and Glenn (Linda), niece Kelly, nephew Patrick and grandnephew Justin. Predeceased by parents Ed and Peggy Greene, and sister-in-law Debbie. Fondly remembered by first wife Jean (Derek), stepson Simon, extended family and many good friends.
Barry wore many hats in his lifetime, Cable Maker, Insurance Sales, Real Estate, Financial Planner and probably a couple of more hats that we have forgotten. But the one hat that has stayed most consistent throughout his life was that of Musician, Singer, Entertainer and just a hell of a nice guy.

Singing and playing guitar started for Barry at a young age which helped pave the way to a little band called "The Graduates". There were four original members, however, only three went on the road.
The three very talented local musicians hit the ground running and never looked back. An agent in Toronto by the name of Bud Madden picked them up and set up their first Canadian and four-month US tour. This was a big thing for three local boys from the area as they were the first band from the Brockville Musicians Association Local 384 to go on the road professionally. The road however, was not all fame and fortune, and shortly before a show that was booked in Atlantic City, the fellas called it a day and came off the road. The band continued with great success locally, playing regularly at Brockville's Hilltop, and in Ogdensburg, NY, with a house gig at DeFranco's, which later became Shollettes Steak House. By 1967 it was over and Barry packed up his family and moved to Sudbury,,, do you know how cold it is in Sudbury? A new "Graduates" was formed upon their return to Prescott with great success. But life has a way of keeping us busy and it was just too busy for the band to survive, and with that, it was over.

One of the things (besides his two boys) that kept Barry busy was Fastball, or more specifically, the Domville Aces!! Barry loved ball and spent many years on one of the greatest teams to ever grace a local diamond, although, the Brockville Commercial Stars, and the Cardinal Pats might have something to say about that. It was a big deal for the family, ball tournaments and camping all summer and through it all, Barry would entertain. He played his flat top at more tailgates and trunks, campers and bonfires, than anyone could ever possibly recall.

Camping, golfing, motorcycles, boating and downhill skiing all played major roles in Barry's activity list, but the music never stopped. He always strived to be a better player, taking lessons and online courses to improve his blues and jazz chops and programming charts for his one man show, he was a relentless learner. Then one day in early 2007 Barry got a phone call that helped solidify his mission in music and on March, 29, 2007, "The Graduates" were inducted into the Brockville and Area Music and Performing Arts Hall of Fame. The big time, well it was Barry's big time, his Stanley Cup moment. And on that day, his son Scott had the honour and privilege of playing drums, with Pat MacKay and his Dad in the "Graduates" induction performance.

As Barry entered his golden years his musical prowess never failed to shine, and on a whim, he decided to enter the 2010 Chartwell Canadian Senior Star competition. He performed locally and through some stiff competition managed to come out on top. With another win at the Regional’s Barry was off to the National Finals in Toronto to square off against nine of Canada’s top senior performers. There was not a slouch in the group, and they all brought their A game. With some of Toronto’s best musicians backing him, Barry took the stage. With a hard count from the drummer, they were in. James Taylors, "How Sweet It Is" filled the auditorium. People were dancing and singing and he brought the house down, which was good enough for second place, yes second place, out of all those talented Canadian seniors that took part in this event. Barry's second Stanley Cup.

We are so proud of the man we called father, brother, husband, grandfather, and friend, that no words could ever describe it or do it justice. So, with this we bid you a fond farewell Barry Everett Roy Greene. Break A Leg!!

Due to the COVID-19 situation, a Celebration of Barry's Life will be held at a later date.

As expressions of sympathy, donations to the Brockville and District Hospital Palliative Care program or the Cancer Centre of Southeastern Ontario (KGH) will be gratefully acknowledged.

Send condolences or share a special story of Barry on the Memory Wall above. Thank you
Read Less

Receive notifications about information and event scheduling for Barry E.R.

Donations are being accepted for:
BROCKVILLE AND DISTRICT HOSPITAL FOUNDATION Cancer Centre of South Eastern Ontario

We encourage you to share your most beloved memories of Barry E.R. here, so that the family and other loved ones can always see it. You can upload cherished photographs, or share your favorite stories, and can even comment on those shared by others.

Posted Apr 23, 2020 at 06:00pm
To all the family, we are very sorry to hear about the loss of your father, our thoughts and prayers are with you, Carole and Robby Kester
Comment Share
Share via:
BG

Thanks Carole and Robbie!
KK

Posted Apr 21, 2020 at 08:36pm
Martti and I enjoyed meeting Barry(Max) and Regina(a nun) during the St. Lawrence Shakespeare Community production of "The Sound of Music" in 2016. Barry was always friendly and a performer who excelled in being prepared even to having his bow tie and props in perfect order. It was a pleasure to have known this talented man. Our sympathy to you his family and friends.
Karen Koivumaki (Mother Superior)
Comment Share
Share via:
BG

Posted Apr 21, 2020 at 02:42pm
To the Family of Barry Greene, My deepest condolences, Barry will be deeply missed. I always enjoyed his presence at the store, we always had a great conversation. You're up there now with my sister and your sister n law Debbie. Fly high my friend.
Comment Share
Share via:
BG

Thank you very much Jenn. Hope you are doing okay.
CA

Posted Apr 17, 2020 at 03:30pm
Dear Regina, Scott, Brian, Jeannie. Perry, Glenn and families.
When I first heard the news I was very shocked and saddened. Golfing years ,boating days, skiing days, the assistance with his computer knowledge, his business knowledge, his musical talents, many events at The (Prescott) Legion -- for me it is forty years of friendship and memories. Barry was an incredible person with a great personality, motivation, inspiration and more. Barry will be greatly missed. My deepest sympathy and condolences to all of you. Sincerely, Candy
Comment Share
Share via:
BG

Thank you Candy. He will be missed by many.
CA

Posted Apr 17, 2020 at 08:47am
Sincere condolences to Regina, Scott, Brian & families, I was so sorry to hear of Barry’s passing .It just didn’t seem possible as Barry was so fit & enjoyed so many sports including skiing . I remember our time in Panorama many years ago & I connected with Barry last year for a day of skiing. We had a fabulous time reminiscing the past .
Comment Share
Share via:
BG

Thanks Chuck and Louise. Scott and I have been slowly going through his things and just came across a denim shirt from the T-bar and Grill in Panorama, as well as an R.K. Helisking belt and buckle. 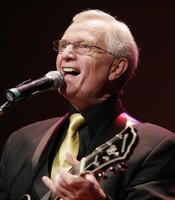