To share your memory on the wall of Wilsie Hatfield, sign in using one of the following options:

Provide comfort for the family of Wilsie Hatfield with a meaningful gesture of sympathy.

After attending Royal Roads, Royal Military College and the University of Alberta, he enjoyed a 36 year engineering career at DuPont Maitland. Wilsie will be forever remembered for his love of flying planes, amateur woodworking, community theatre and his many contributions to the community including as Chairman of the YMCA, VP of the Brockville Chamber of Commerce, Chairman of both St. Lawrence College and St. Vincent de Paul Hospital and as a long time member of the Brockville General Hospital Board of Governors. He was very proud of being named Brockville’s “Citizen of the Year” in 1993.

At Wilsie’s request there will be no visitation or funeral service. A private family burial will occur at a later date. As expressions of sympathy, donations to the charity of your choice will be gratefully acknowledged. Arrangements entrusted to the Irvine Funeral Home and Chapel, 4 James St. E, Brockville. Condolences may be sent on the memory wall above.
Read Less

We encourage you to share your most beloved memories of Wilsie here, so that the family and other loved ones can always see it. You can upload cherished photographs, or share your favorite stories, and can even comment on those shared by others.

With caring thoughts, Marg xoxo sent flowers to the family of Wilsie Hilton Hatfield.
Show you care by sending flowers

Posted Feb 17, 2020 at 03:11pm
Dear Carroll; I thought something a little extra special would be a comfort to you and the family right about now...

Posted Jan 18, 2020 at 09:51am
I will always remember conversing with Wilsie over the years. He had many interests and was a knowledgeable soul.
He always had the ability to make people comfortable in his presence. I am so sorry to hear of your loss Carroll.
Comment Share
Share via:
JG

Posted Jan 15, 2020 at 06:28am
No finer gentleman has ever walked this planet. Wilse’s contributions to our City and region are unprecedented. A huge loss for our community.
Comment Share
Share via:
WA

Posted Jan 14, 2020 at 07:02pm
Our hearts and prayers go out to Carroll and family. He will be remembered as a true friend and a sincere gentleman who gained the trust and respect of all who worked with him. It is not surprising that he gave tireless of his time to help others. Wilsie will remain forever in our hearts.
Comment Share
Share via: 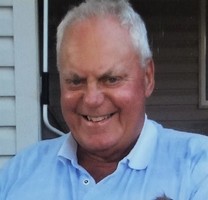