To share your memory on the wall of William Foan, sign in using one of the following options:

William (Bill) Edward Foan, age 83, passed away peacefully on February 2, 2021 at Providence Care Hospital, Kingston), ON. Born on April 4, 1937, Bill was a lifelong resident of Brockville.

He is survived by his ... Read More
Foan, Bill

William (Bill) Edward Foan, age 83, passed away peacefully on February 2, 2021 at Providence Care Hospital, Kingston), ON. Born on April 4, 1937, Bill was a lifelong resident of Brockville.

A graduate of Brockville Collegiate Institute, Bill joined the Air Force in 1954 after which he worked in purchasing at Phillips Electric and then at Brockville Chemicals as purchasing agent. In 1969, he began working in general sales for Hansler Industries which saw the family move to Ottawa until 1971 when they returned to Brockville. Bill was responsible for materials handling and became Vice-President of Hansler Smith Limited.

He retired from Hansler Smith Limited in 1990 and in 1991 opened Heritage Insurance Brokers Ltd. with son, Greg. Bill retired from Heritage in 2002 at which time the business was sold to W.C. Burgess Insurance Services Inc.

An avid gardener, Bill spent many hours tending his plants and flowers. He also enjoyed spending hours in a hunting blind seeking out deer and turkeys with Greg at the Foan Ranch outside of Lyn.

He was diagnosed with vascular dementia in 2011 and became a resident of Providence Manor in Kingston, ON in September 2018.

Arrangements are entrusted with the Irvine Funeral Home and Chapel, 4 James Street East, Brockville. Due to restrictions and guidelines associated with the Ccoronavirus pandemic, a private graveside service will be held at Oakland Cemetery, Brockville. In lieu of flowers, the family would appreciate donations to Brockville and District Hospital Foundation Palliative Care Brockville or the Alzheimer's Society of Lanark Leeds Grenville.

Receive notifications about information and event scheduling for William

Donations are being accepted for:
BROCKVILLE AND DISTRICT HOSPITAL FOUNDATION ALZHEIMER SOCIETY OF LANARK COUNTY

We encourage you to share your most beloved memories of William here, so that the family and other loved ones can always see it. You can upload cherished photographs, or share your favorite stories, and can even comment on those shared by others.

Posted Feb 09, 2021 at 06:09pm
To Noreen and Family my thoughts and prayers are with you at this time.
Debra Watson

Posted Feb 08, 2021 at 01:04pm
So sorry Noreen Greg Morna and family to hear of Bill's passing. My thoughts are with you at this sad time. Hugs Pat Aaron ❤️
Comment Share
Share via:
CK

Posted Feb 07, 2021 at 02:34pm
Doreen and Family
I am sorry to hear about Bill's passing. My thoughts and prayers are with you. Sincere condolences.
cousin Carolyn
Comment Share
Share via:

Posted Feb 06, 2021 at 05:54pm
Greg and family...so sorry for your loss. From the numerous times Bill entered our store, we got to know him quite well. He came in with a smile, always friendly and ready to offer advice when asked. We were lucky to have had him as a customer and a neighbor for many years. May he rest in peace.
Ann and Steve Spanos, Kensington Plaza.
Comment Share
Share via: 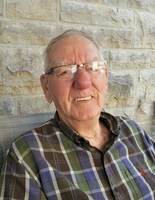 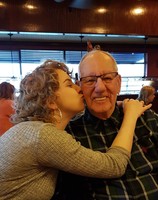 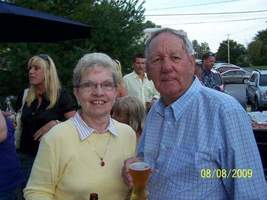 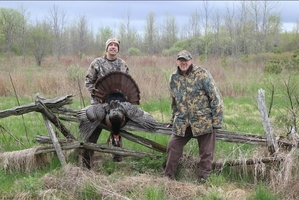