To share your memory on the wall of William (Bill) Douglas, sign in using one of the following options:

Provide comfort for the family of William (Bill) Douglas with a meaningful gesture of sympathy.

Bill's love of sports started young; he played basketball at Brockville Collegiate Institute (BCI), and was a lifelong fan of television coverage of numerous sports, especially basketball and baseball. After a year studying engineering at Queens University, Bill opted for a job at Automatic Electric where he worked for many years as an Engineering Technician in the Industrial Engineering department, then the Manufacturing Engineering department. Bill was known to book vacation time to watch the World Series. For many years he met with work friends including Fred Airhart for breakfast and coffee. When not following sports or engaging in philosophical discussions with friends and relatives, Bill enjoyed gardening with his wife, Elva, who was the centre of his life, and enjoyed impromptu dinners and back yard visits with their friends and neighbours including Merv and Anne Hodgson, Paul and Karen Greatrix, and Anne Rice at their home on McDougall Rd. For several years Bill and Elva sold their vegetable garden fresh produce at local campgrounds, and made many friends there. Bill also enjoyed attending local fairs with Elva where she participated in driving competitions with her horses, and between times assisted in the twice-daily care of her horses. His nephews cherish the attention and love lavished on them by Bill and Elva, and especially Bill's unique ability to connect with young children by magical stories, "turkey rubs" after bath time, and trips for ice cream that were both steady and frequent. The special attention and assistance Bill received from staff at the St. Lawrence Lodge in his last months is gratefully acknowledged, made possible by the special love, comfort and care provided by Margaret Sadlon and Peter Reimer, and most especially his nephew Kim.

In lieu of flowers, please consider a donation to the Alzheimer Society of Canada. To honour Bill’s memory, we ask that you do something you love with someone you love; maybe open a couple of beers and turn on the ball game.

A private interment will be held at Roselawn Memorial Gardens, Maitland.
Read Less

Donations are being accepted for: ALZHEIMER SOCIETY OF CANADA - SOCIETE ALZHEIMER DU CANADA.

We encourage you to share your most beloved memories of William (Bill) here, so that the family and other loved ones can always see it. You can upload cherished photographs, or share your favorite stories, and can even comment on those shared by others.

Posted Oct 05, 2019 at 03:44pm
I fondly remember uncle Bill And aunt Elva, so many wonderful dinners, hockey matches and trips to the cottage. As I grew up aunt Elva would share her clothes with me or have games and crafts for my brother and I when dad and uncle Bill would watch the hockey game. Their gardens were a source of pride and they were beautifully maintained. I have many warm childhood memories of them and I’m thankful for that. 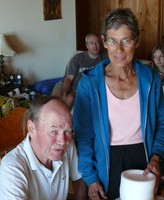 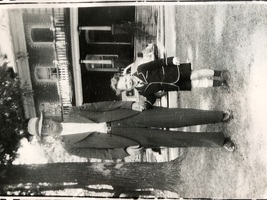