To share your memory on the wall of Thomas Glen, sign in using one of the following options:

Dr. Thomas Lawrence Glen died peacefully at his home with loving family by his side. Tom
is survived by his wife of 51 years, Barbara (nee Toothill); daughter Bridget and her partner
Jonathan Britton; daughter K... Read More
~~~~~~~~~~~~

Dr. Thomas Lawrence Glen died peacefully at his home with loving family by his side. Tom
is survived by his wife of 51 years, Barbara (nee Toothill); daughter Bridget and her partner
Jonathan Britton; daughter Krista and her partner Jeremy Finklestein, their children Chloe
and Harrison; and his faithful canine companion, Ceilidh.

Tom was an undergraduate at McGill University and received his PhD from Princeton
University in the Department of Art and Archaeology, specializing in 17th century art and,
more specifically, Peter Paul Rubens. He finished his dissertation within the four year
program, one of the few to do so at the time and that distinction delighted him no end. He
went on to teach art history at McGill University for 25 years; however, he threw in the towel
at age 50 - preferring to immerse himself in his most passionate pursuit - the great outdoors!
He trained and trialed field goldens at his hobby farm in Maxville, hunted deer, waterfowl,
and upland birds. In 1991, he was the first amateur field trialer to have the only Golden
Retriever female win the National Amateur Field Trial Championship. Razzl Dazzl was his
pride and joy and she became the starting point for Cedarpond Kennels. Cedarpond Kennels,
a family affair, produced a long line of top field trial golden retrievers.

He also had a passion for period black powder guns, making two of his own. He
labored over bringing out the grain of the wood, carving, siting, firing, cleaning, oiling and
repeating the process until everything looked, fired and felt historically accurate.

Tom loved his family fiercely, and wanted everyone to be “OK”. His daughters
valued his advice. They often spoke with him several times a day, sometimes for hours on
end, to come up with solutions for any given problem. He was a brilliant man, a stubborn
man, a generous and funny man who also held strong opinions which he never minded
sharing with anyone who cared to listen. He loved his dogs, his wife, his kids, his grandkids,
his buddies and his extended family. Dad, the world is a less colorful place without you in it
and we will miss you dearly.

Donations in his memory may be made to The War Amps of Canada.

Send condolences or share a special thought of Tom on the Memory Wall above. Thank you.
Read Less

Receive notifications about information and event scheduling for Thomas

Donations are being accepted for: War Amps Headquarters.

We encourage you to share your most beloved memories of Thomas here, so that the family and other loved ones can always see it. You can upload cherished photographs, or share your favorite stories, and can even comment on those shared by others.

Posted Feb 18, 2021 at 08:14pm
Please accept our most heartfelt sympathies for your lossour thoughts are with you and your family during this difficult time.

Miriam & Allen Finklestein Allen & I are very sad & sorry for your lose. We remember the day we celebrated our Granddaughter’s 2 birthday. Please take care, we are here for you. All our love Miriam & Allen
SB

I met Tom when he had juice. He was a wealth of knowledge about gokdens and training dogs. I will be forever grateful for all his support and kindness he showed me when I started in the field dog game.
I'm honoured to have known him and considered him a friend.
My deepest condolences to the family
Sandie Bond
Comment Share
Share via:
KC

Posted May 09, 2021 at 06:29am
Barb, I am so sorry for your loss. I have so many happy memories of dog training and trialing with Tom. He was always very supportive and he certainly loved his Goldens. Your family will be in my thoughts and prayers. Ken.
Comment Share
Share via: 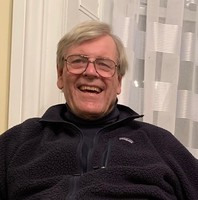 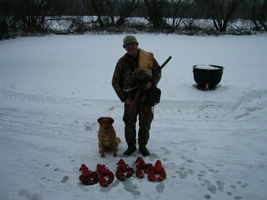 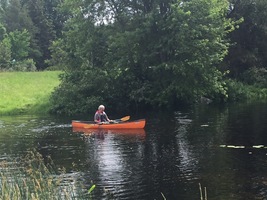 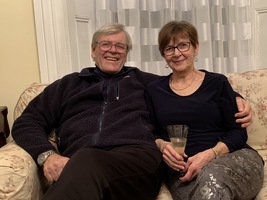