To share your memory on the wall of Terry Senecal, sign in using one of the following options:

Provide comfort for the family of Terry Senecal with a meaningful gesture of sympathy.

With a life-long career in the art of wooden boat repair, Terry was capable of taking a skiff with a tree growing up through it and turning it into an award-winning restoration. Beyond this, he leaves a legacy of positivity, acceptance and unconditional love.

A celebration of Terry's life will be held at the Rockport Recreational Hall, 115 Escott Rockport Road, on Friday, December 20th from 4-7 pm. Arrangements are entrusted with the Irvine Funeral Home and Chapel, 4 James Street East, Brockville. As expressions of sympathy, donations to the Thousand Islands Boat Museum or a charity of your choice will be gratefully acknowledged. Send condolences on the memory wall above or place a donation at https://www.tiboatmuseum.org/
Read Less

We encourage you to share your most beloved memories of Terry here, so that the family and other loved ones can always see it. You can upload cherished photographs, or share your favorite stories, and can even comment on those shared by others.

Patricia Flynn and The Torrey Family have sent flowers to the family of Terry Senecal.
Show you care by sending flowers

Posted Jan 02, 2020 at 03:40pm
Our heartfelt sympathies to the Senecal family. Terry looked after our boat for many years. His expertise and experience in Wooden Boat restoration was unequalled. No matter how busy he was, he always had time for a chat and a friendly smile. We will miss him!
Comment Share
Share via:
JB

Posted Dec 27, 2019 at 06:57pm
Terry was my baby brother. I loved him Dearly. I’m going to miss him so much. He was more then my Brother he. Was my Best Friend. I was so Hoping for a Miracle. Until we meet again. Love your Sis Joan Xoxo 😘❤️ Posted Dec 20, 2019 at 02:52pm
Our most sincere condolences to you Brandi and all of the Senecal family for the loss of your dear Dad, Terry. We know he was a very important part of your life. May he Rest In Peace.
Hugs
Heather and Dwayne Pemberton

Posted Dec 20, 2019 at 11:14am
The Wyoming Island Stevens family
Our sincere condolences to the Senecal family on the passing of Terry.
Terry was truly an artist in repair and restoration of wooden boats and a good friend of our family. We will really miss him.
Our thoughts and prayers are with you all at this time.
Sincerely,
Jim and Woodie Stevens and our families

Posted Dec 20, 2019 at 08:50am
Our condolences to the Senecal family.Terry restored my dad"s boat after we sold it.Heard it was lovely!Thinking of you. Chris and David Leakey
Comment Share
Share via: 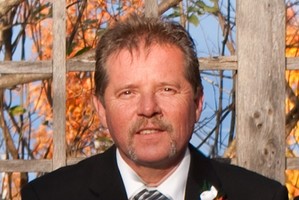