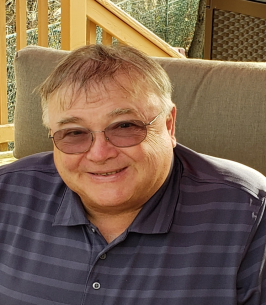 It is with sad hearts that we announce that Steven Howe of Brockville, formerly of Lyn, passed away on August 23, 2022 following a 3-year battle with cancer. Steven passed at home with his family at his side. Steven, aged 65, attended Lyn Public School, Thousand Islands Secondary followed by the University of Guelph, where he studied Agriculture. In 1981 Steven and his wife Kellie purchased the family farm in Lyn. In 1986 Steven decided to make a career change, selling the farm and beginning to work in the animal feed business. For the past 20 years he has been the regional manager for Masterfeeds, a national supplier of feeds to multiple species. He greatly enjoyed his time helping Farmers meet their goals. Steven also was involved in the community serving on numerous boards and coaching sports for over 30 years, which took him across the province as well as the country. In recent years Steven has enjoyed golfing and travel with Kellie, especially to golf in far away places.

Steven is survived by his wife of 46 years, Kellie (Orr), and children Patrick (Carly), Carney (Aliy), AJ, and Shannon Black (Matt). He is also survived by grandchildren Quinn and Molly, his siblings Mary Ellin Wilson (Scott), Jane Witte (Sheldon), Maggie Lance, and JP (Alexis), as well as his mother-in-law Joyce Orr. Steven was predeceased by his Parents, Tom and Elinor (Ready) of Lyn, and his father-in-law Stan Orr.

The family would like to thank the team at Palliative Care, Drs. Steacie and Ashe locally as well as Drs. O’Dell, Jinn and Hilton of The Ottawa Cancer Centre.

A celebration of Steve’s life will be held Sunday, August 28, 2022 at the Brockville Country Club,1548 King Street West, Brockville, between 1pm and 4pm. As expressions of sympathy, donations to the Ottawa Cancer Centre (c/o The Ottawa Hospital Foundation) or a charity of your choice would be appreciated.

Send a message of condolence or share a special thought of Steve on the memory wall above.