To share your memory on the wall of Shirley Webb, sign in using one of the following options:

Print
Shirley died in New Westminister, B.C. on August 6, 2020 at the age of 86 years. She was the daughter of Morley F. Ball and Dorothy E. Wallace and attended Brockville schools.

As a young teen she was very athletic and played baseball for... Read More
Shirley died in New Westminister, B.C. on August 6, 2020 at the age of 86 years. She was the daughter of Morley F. Ball and Dorothy E. Wallace and attended Brockville schools.

As a young teen she was very athletic and played baseball for Phillips Cables Women’s Baseball Team, Local 510. She was noted for her batting and pitching skills. Shirley was also a talented artist and drawing was her passion.

After finishing high school at Brockville Collegiate Institute, she entered the nursing program at the Brockville General Hospital. She graduated in 1956 and worked there until May 1958 when she applied for a nursing position at Vancouver General Hospital and was accepted. In that month, she and her sister Barbara, drove across Canada in an old 1952 Chevy Sedan, stopping to connect with people in Manitoba and Saskatchewan that she knew as a girl during the War.

In Vancouver she met her husband Ernest Charles Webb and they were married in Brockville on June 20, 1959. They made their home in Burnaby, B.C. and later moved to White Rock, B.C. near the U.S. and Canadian border. They had four children Darlene, Victor, Kathleen and Kenneth and two grandchildren Brendon and Christopher. Shirley worked for many years as a nurse in Burnaby hospital and then in Whiterock Nursing Home until her retirement in 1994. In those retirement years, she and Ernie spent many hours drawing and painting when not playing golf – their other passion.

Shirley’s favourite vacations were back East at the family cottage on the St. Lawrence River. She always missed “The River” even though she loved the beautiful mountain scenery in B.C. Those family get togethers provided so many laughs and happy memories, as did the nursing reunions with her lifelong friends.

Besides her children and grandchildren, Shirley is survived by her sister Barbara Petersen and husband Alan; her brother Ronald Ball and wife Anne; nieces Paula Nichols, Leslie Ker, Katie Wilson, Rachael Gargan and nephews Douglas Petersen and Ryan Ball. She is also survived by her sisters-in-law Doreen Lefler and Lillian Webb; by her brothers-in-law Gordon Webb and Douglas Webb and by several nieces and nephews. She was predeceased by her father in 1992; her mother in 2013; and in 2018 her beloved husband Ernie.

A funeral service will be held at Forest Lawn Cemetery in Burnaby, B.C. on September 5, 2020.

Send a message of condolence or share a special thought of Shirley on the Memory Wall above, thank you.
Read Less

Receive notifications about information and event scheduling for Shirley

We encourage you to share your most beloved memories of Shirley here, so that the family and other loved ones can always see it. You can upload cherished photographs, or share your favorite stories, and can even comment on those shared by others.

Posted Sep 05, 2020 at 08:08pm
I have fond memories of Auntie Shirley - her smile and her great laugh. Spending time with her and Uncle Ernie was always filled with love and good humour. Rest In Peace.
Love June and Mike
Comment Share
Share via:
LF

Posted Sep 01, 2020 at 11:40am
My condolences to my cousin Shirley's children & grandchildren in BC. I remember one time going down to my Aunt Dorothy & Uncle Morley's cottage with my parents to visit with Shirley & Ernie & their children who were visiting from BC. I remember water-skiing behind my dad's boat with Ernie in the boat with my dad. That was a great summer day & a great visit. I believe I saw Shirley one other time when she came home to Brockville for a visit but she was alone that time. Another time she was home she came to Ottawa for a reunion with her nursing friends & did not have time to meet up with me. She was just 6 years younger than my mom, as my mom Pearl was the baby in the family of 4 girls. Rest in peace Shirley!!!!
Comment Share
Share via:
JL

Posted Aug 31, 2020 at 09:41pm
Peter & I are sending our deepest sympathy to dear shirleys family especially to my good friend ,her younger sister Barb .. many times our gang were at Morley & dorothys house & so we would see Shirley often .. always great hospitality at the Balls .IAt BCI I remember what an amazing athlete she was..... when my dear friend Mary & I worked after school one yr in the BGH kitchen we would see Shirley lots ,always teasing us & looking lovely in her crisp nurses uniform .. a lovely gal
Comment Share
Share via:
JT

Posted Aug 27, 2020 at 10:16pm
The Alumnae Association of Brockville General Hospital send their deepest condolences to the family of Shirley (Ball) Webb , from the graduating class of 1956. May your wonderful memories of her help to ease your pain at this difficult time.
Most Sincerely, Shirley Jones
Comment Share
Share via: 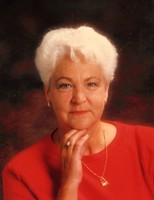