To share your memory on the wall of Sheila Shanks, sign in using one of the following options:

Provide comfort for the family of Sheila Shanks with a meaningful gesture of sympathy.

Sheila is survived by her five children Susan (Tony), Charles (Linda), Alistair (Rhonda), Gavin (Heather), and Duncan (Sue), as well as her twelve grandchildren, Sandro, Emilie, Alexandre, Marc, Harlan, Evan, Owen, Bridget, Kirsti, Emma, Nicole, and Allison. She often said the thing of which she was the proudest is her family.

When Sheila held forth on politics or literature or the arts, she was hard to ignore. A quick wit, a broad smile and an infectious laugh made it all too seductive, not to mention her lilting accent from the Orkney Islands in northern Scotland.

She always said she led a charmed life but that wasn't the way she felt as a young girl, the youngest in a close family of five. For a 16-year-old in Kirkwall in 1942, in the midst of the Second World War, Orkney was just too small to contain her imagination.

The war offered her an exit when she turned 18 in 1944 and off she went to London to join the Women's Royal Naval Service (WRENS). Two and a half years of training and mainly domestic chores somewhat dampened her enthusiasm for the lights of the big city, and when the war ended, she moved to Aberdeen, Scotland to enroll in Teachers' College. There she encountered the love of her life, a young medical student named John Shanks -- the son of the Dean of her women's residence, Pearl Henderson Shanks.

After a three-year courtship and engagement, they married in Bahrain in the Persian Gulf where John was posted by the Royal Air Force for his military service after his studies. There Sheila found exotic excitement well beyond what she yearned for in Orkney. When John's posting ended, they decided to emigrate to Canada where there was a great need for doctors, especially in the West, in rural Alberta. Sheila did not suspect they were in for some 'excitement' of a very different order.

The tiny town of Provost, Alberta in 1950 in the middle of the flat Prairie was an eye-opener for Sheila after the more urban settings of the UK and the Middle East. Mud streets, outhouses and honey wagons, not to mention the shockingly cold winters were what she had unknowingly signed up for, along with the arrival of three babies Susan, Charles, and Alistair over the course of the next six years. John on the other hand was so desperately needed at the local hospital it left him little time to notice the change in scenery.

By 1957 both Sheila and John had had enough, and they fled back to Scotland so that John could train to become a full-fledged obstetrician and gynecologist. The next several years were spent hopscotching around the UK -- Cardiff, Wales; Weymouth, England; Aberdeen, Scotland as John collected the qualifications he needed, while Sheila gave birth to two more children, Gavin and Duncan.

At that point, in 1964 with five hungry mouths to feed, they decided their retreat from the New World had been a bit hasty and that if they moved to a more established part of Canada, such as Ontario, then their future would be much brighter. So, they packed up everyone including the family dog and sailed off on the Empress of Canada back across the Atlantic Ocean to settle in Ontario. After an exploratory year in Windsor they chose Brockville as the place they would plant their flag, make a living and raise their family.

Sheila became what was then known as a 'remedial teacher' for several years in charge of a full class of children with a mix of learning disabilities and behavioural challenges. Her colleagues were always impressed at her skill in being able to quiet them and move them forward in learning despite all their many challenges.

Small-town Ontario suited Sheila and John and their years there were happy and productive as they watched their children grow and head out into the world. When not working they loved sailing on the magnificent St. Lawrence river, gardening, amateur theatre, and of course entertaining -- always surrounded by friends.

In 2005, Sheila’s beloved husband of 55 years died. She took it in stride saying she was lucky to have had all the years she had with him. She lived on, surrounded by loyal friends in her apartment community and beyond, who enjoyed her grace, buoyant spirit, quick wit, and broad interests.

A voracious reader, she followed those interests while burning through books. Crossword puzzles were a snap. She enjoyed singing in the wonderful choir of St. Peter's Anglican Church, (now St. Lawrence Anglican Church) saying it was the best kind of high imaginable. She was also active in both book and knitting clubs.

Here are three comments from her club members:

"Sheila was indeed a special person. She was a force to be reckoned with and as you can appreciate had some pretty definite ideas regarding our reading materials at the book club. We even re-read Middlemarch to appease her one summer!" (Jean Macintosh)

"We knitters and readers shall miss Sheila's acute observations on music, Scotland history, politics, child raising, not so much regarding knitting;)" (Susie Dumbrille)

"Sheila was more than a person ...she was a personage, dauntless before any and all obstacles and difficulties. Her Orcadian accent made her every comment a thesis and one felt a bit awkward should one happen to disagree with her." (Nancy Fraser)

Blessed with a gregarious and unflagging spirit, not to mention that infectious laugh, she was fearless and knew how to wield a sharp tongue when necessary. To her children and others, she was a role model and an inspiration. In recent years she demonstrated exactly how to age gracefully.

Sheila was fiercely independent and sharp-witted right to the end. She died saying 'her life had been blessed and it was time to go.'

A funeral for Sheila will be held in St. Lawrence Anglican Church, 80 Pine Street, Brockville at a future date when the threat of COVID-19 has diminished and it is safe for everyone to get together again. That might not be until Spring of 2021.

Please check back here for updates, and if you are not already on the Shanks family e-mail list, you can send a message to Charles at cshanks@golden.net and request to be notified when a date is set

In lieu of flowers, please make donations to the University of Ottawa Heart Institute using the link below.

Condolences and stories can be shared on the memory wall above.

Receive notifications about information and event scheduling for Sheila

We encourage you to share your most beloved memories of Sheila here, so that the family and other loved ones can always see it. You can upload cherished photographs, or share your favorite stories, and can even comment on those shared by others.

I remember Sheila singing her heart out in the choir for St. Lawrence Anglican Church of which I am also a member. I also remember Sheila working in the office to support her husband who delivered my son 28 years ago at the Brockville General Hospital. Thankyou to both of you for giving life to Ken. You will always be remembered.

Thank you Christina. She really loved singing in the choir and loved the music. She had very definite plans for her funeral service in terms of her selection of songs. We were to have that service tomorrow but unfortunately had to postpone due to the pandemic. We have left the date open for now but will ensure her wishes are met. I hope we get a chance to meet you when we do have the service. Thanks, Gavin
JB

Posted Jan 03, 2020 at 09:40pm
I had the privilege of being Sheila’s Housekeeper for the last 19 years. I enjoyed every Friday morning going to see her and helping her place kepted just the way she liked it. I Certainly am going to miss her. Over the years we became a second family to each other. Sheila told me many times she had lived a full great life with no regrets.RIP🙏
Comment Share
Share via:
GS

Thank you Joan. You were always kind to my mom and she was very happy to have you in her life. She did consider you like family. 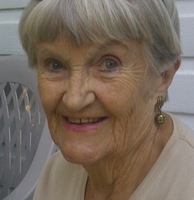 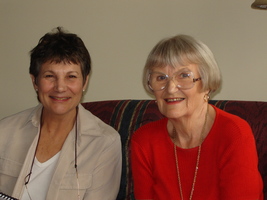 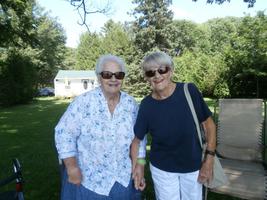 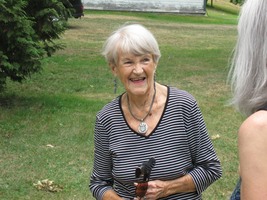