To share your memory on the wall of Ronny Charland, sign in using one of the following options:

Family and friends are invited to pay their respects at Irvine Funeral Home and Chapel, 4 James Street East, Brockville on Wednesday, September 25th from 4-6 pm. A funeral mass will be held at St. Francis Xavier Church, 66 Church Street, Brockville on Thursday, September 26th at 10 am with interment to follow at St. Francis Xavier Cemetery. As expressions of sympathy, donations to Diabetes Canada or the Kidney Foundation of Canada will be gratefully acknowledged. Send condolences or make a donation online at www.irvinememorial.com.
Read Less

Receive notifications about information and event scheduling for Ronny

We encourage you to share your most beloved memories of Ronny here, so that the family and other loved ones can always see it. You can upload cherished photographs, or share your favorite stories, and can even comment on those shared by others.

Posted Sep 27, 2019 at 02:57pm
Sorry too hear of Ron passing, we were friends in high school. When driving cab I had the chance to take him to Kingston for a medical trip. We always had fun and laugh and laugh and joking around. R.I.P. Ron you will be mised.
Comment Share
Share via:
DH

Posted Sep 22, 2019 at 03:51pm
Mrs Gendron, Chantal , Don and Family,
Sorry to hear of Ron's passing, I will miss seeing him around the home. Thinking of all of you during this difficult time. 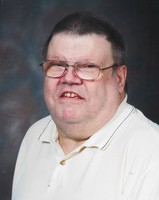