To share your memory on the wall of Ray Desrosiers, sign in using one of the following options:

Ray was a familiar face at Seeway gas and was a 38 year employee at Walmart. His love of golf took him to a lot of places including seeing Tiger in Montreal and Brooke a number of times including the Canadian open this past summer with sister Penny and lifelong friend George Mather. He was honoured during the Keystorm Charity golf tournament this past summer as the last of the original competitors who had played every season since the tournament started.

A celebration of Ray’s life will be held at a later date. Please leave experiences and condolences we can share at his celebration.
Read Less

Receive notifications about information and event scheduling for Ray

Print
A celebration of Ray’s life will be held at a later date. Please leave experiences and condolences we can share at his celebration.

We encourage you to share your most beloved memories of Ray here, so that the family and other loved ones can always see it. You can upload cherished photographs, or share your favorite stories, and can even comment on those shared by others.

Posted Dec 04, 2019 at 07:55am
To the Desrosiers family.
Please accept my heartfelt condolences. May the love of family and memories of Ray, comfort you at this difficult time.
Sandi McKay Dixon
Comment Share
Share via:
M

Posted Dec 03, 2019 at 09:28pm
I had the pleasure to work with Ray for many years at Walmart. He always amazed me of how hard a worker he was not only at one job but at two! He would give you the shirt off his back if you needed one, and demonstrated this by helping me move once when I had no one else to help me. Rest In Peace Ray, you will be missed 😢
My condolences to the Family of this special man.
Comment Share
Share via:
SS

Posted Dec 03, 2019 at 07:56pm
Sam Singh
I am saddened by sudden loss of Ray. He worked with me over 15 year at Seeway Gas .
He was very honest and hard worker. He will be dearly missed by me and many customers.
My thoughts and prayers are with his family.

Posted Dec 03, 2019 at 04:40pm
I spent 10 years with Ray in shipping and receiving at Wal-Mart Brockville. We shared may good and bad times. He was so patient and a good listener when I would talk about family and workload and the delemas of the world! Ray had a whit and sense of humor about him that is hard to find and I cherish my experiences with him. Rest gently sweet man you will be missed!!

Posted Dec 03, 2019 at 01:46pm
Such a sweet Man. Ray would give you the shirt off his back. Always had a twinkle in his eye. Enjoyed working with Ray, rest gently.
Comment Share
Share via: 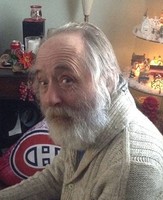 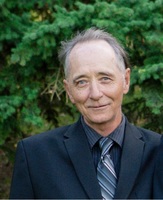