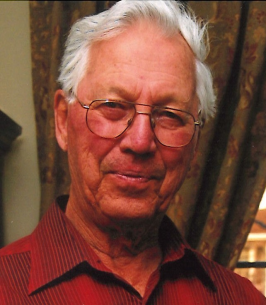 We are sad to announce the passing of our beloved father Kenneth Murray Wiseman of Brockville on May 10, 2022 at the age of 93. Ken is survived by his children Connie Chillcott, Allan Wiseman (Sue) of Ottawa, John Wiseman (Sylvie) of Ottawa, David Wiseman (Caulette), Sally Dawson (Dave) of Kelowna, BC, Patti Heuthorst (Paul) of Ottawa, and Paula Lafrance of Kingston. He was a loving grandfather to 19 grandchildren, and 8 great-grandchildren. He also maintained a close and special relationship with his former spouse Wilma Spracklin. He was predeceased by his parents Louis and Eva Wiseman, his wife Betty, his sister Sally, grand-daughter Danielle and infant granddaughter Marla. He and Betty enjoyed many travel adventures, including their annual trips to the Florida Keys.

Ken was born in Kitchener, Ontario on April 6, 1929. He moved to Brockville at an early age and attended local elementary schools and graduated from BCIVS. Ken was a member of the Association of Ontario Land Surveyors since 1951, running his own successful practice from 1958 until 1989, before retiring in 1993. He was a member of the Brockville Flying Club where he obtained his commercial pilots license.

Ken loved the outdoors and being around water. As a young boy he grew up boating on the St. Lawrence River, and later had cottages on both Lower Beverly Lake and Charleston Lake. Post retirement he continued to live in Brockville and enjoy the view of the St. Lawrence River from his balcony. Never one to sit still, he remained very active. One of his passions was trains and he deeply valued his honorary membership and comradery with the west-end train yard crew. He also spent endless hours helping good friends with their tree farm and sugar bush operations.

He lived independently, had a very full and active life, and never lost his keen sense of humour and sharp wit. A true "bon vivant", Ken loved his family and friends dearly, and he will be missed by all.

Cremation has taken place. Family and friends are invited to the Irvine Funeral Home, 4 James St. E., Brockville on Wednesday, May 18th from 11 – 1 pm. A celebration of Ken's life will be held at 1:00 pm in the chapel followed by interment at Oakland Cemetery. As expressions of sympathy, donations can be made to the University of Ottawa Heart Institute Foundation, the Brockville and District Hospital Foundation, or other charity of your choice.

Send condolences, share a special thought of Ken on the Memory Wall above.