To share your memory on the wall of J. Edgar Sexton, sign in using one of the following options:

Provide comfort for the family of J. Edgar Sexton with a meaningful gesture of sympathy.

Born in 1936 to George Beaumont Sexton MD and his wife Irene (Griffiths) of London ON. Brother of Peggy MacKay and Barbara (Patrick) Munroe. Brother-in-law of Judy (Paul) Rivard, John (Deborah) Robinson and Minette Ross (Peter). Fond uncle of many nephews and nieces.

Edgar Sexton was one of Canada’s foremost litigators. After obtaining an Engineering Degree at Queen’s in 1958, he graduated in 1963 from the University of Western Ontario Faculty of Law founded several years earlier by Dean Ivan Rand whom he regarded as his first mentor. He articled at McCarthy’s under renowned counsel John J. Robinette but chose to return to London ON, his hometown, with his then young family to practise with a two-man firm. He returned to Toronto within a few years to join the McKinnon McTaggart law firm led by Bert McKinnon. When Justice McKinnon was appointed to the Ontario Court of Appeal, Edgar Sexton left the firm to become counsel for Holden Murdoch. Several years later he was offered the job of head of litigation for Osler Hoskin where he worked for over two decades, becoming Chairman and Senior Partner of the firm. His clients included the Irving family of New Brunswick, the Federal Government and many large international corporations. While he was at Osler, the firm expanded to open offices in Calgary, New York, London, Paris and Hong Kong. He was appointed to the Federal Court of Appeal in 1998 and served on the bench until 2011 when he turned 75. For the next few years he did mediation and arbitration work for JAMS and also consulted with the Canadian government.

Justice Sexton was a kind, thoughtful and measured man. He treated everyone he met with the same courtesy and respect, no matter who they were or where they came from. In his personal interactions, he had a calm, unruffled demeanour and a lovely amiable nature. Yet in the courtroom he could be a fierce and unyielding opponent. Once he took on a legal brief, he pursued it meticulously, fearlessly and relentlessly. With his strategic focus and logical, practical brain, he had an uncanny ability to distill vastly complicated cases into a few simple basic principles. He loved to work with his juniors and help them learn and he, in turn, learned a great deal from them. He had a self-deprecating sense of humour and loved to tell stories, sometimes the same ones more than once.

For many years he and Rosemary travelled the world, latterly on cruise ships. Golf was a favourite pastime and they were members of the Brockville Country Club, the Mid Ocean Club in Bermuda and the Longboat Key Club in Florida where he recorded his only hole-in-one. He also belonged to the Toronto Club and the Caledonian Club in London, England. Antique mahogany boats were another hobby and he spent many happy hours roaring around Charleston Lake in his 1941 Chris Craft named After Taxes. He also owned a dippy (disappearing propeller boat) called Empty Pockets but sold it after more than a few engine malfunctions left him stranded at the mercy of the elements.

Historic houses were another interest of his. He took great pleasure in his Rosedale residence (the Laura Secord house) on Castle Frank Road, and in Thornton Cliff, his thirty-room stone house, circa 1855, complete with slate roof and turret, located on the St. Lawrence River in Brockville. He and Rosemary also lived in scenic Rockcliffe Park, Ottawa during his time as a judge and spent six months a year at their house on Longboat Key, an island off Sarasota FL.

One of his favourite places to be was Fisher Island on Charleston Lake, a 55-acre island acquired at the turn of the century by his grandfather, who did so by paying off the $100 tax bill of an indigent friend. Watching sunsets from the cedar deck of his cottage, a Scotch in hand, brought him much inner peace and contentment up to his last summer. In his final years, he suffered from advancing dementia. However, even as his memory declined, he never lost his sweet personality which, if anything, became more flexible and more docile as he aged. As his mind weakened and his body failed and was racked with pain, he chose assisted dying before he could deteriorate any further and become a burden to his family. Words cannot describe the hole in our hearts that remains without his calm, steadying and blessed presence to guide us.

Arrangements are entrusted to the Irvine Funeral Home, 4 James Street East, Brockville. Messages of condolence may be sent on the memory wall above. A gathering to honour Justice Sexton’s memory will be held in Toronto May 7, 2020 at U. of T.’s Faculty Club, 41 Willcocks Street from 1.30 to 5 pm..
Read Less

We encourage you to share your most beloved memories of J. Edgar here, so that the family and other loved ones can always see it. You can upload cherished photographs, or share your favorite stories, and can even comment on those shared by others.

Mahmud Jamal and Love, Peggy MacKay have sent flowers to the family of J. Edgar Sexton.
Show you care by sending flowers

Posted Nov 27, 2019 at 01:47pm
Rosemary and family, I was very sad to recently hear of Justice Sexton's passing. I clerked for him in 2000-2001, shortly after he was appointed to the bench. It is still one of the highlights of my career, learning and seeing how he distilled complex cases to the key issues. He treated me very kindly, taking me out to lunches, golf, and visiting your house in Brockville. He was a great thinker and person and will be missed. Jean-Marc Leclerc
Comment Share
Share via:

Posted Nov 16, 2019 at 09:43am
I was very sad to learn of Justice Sexton's passing. I learned more from my year of clerking for Justice Sexton than from any other point in my career. He was a phenomenal mentor and champion and had an indelible impact on my legal career. I would not be where I am now if it weren't for him. Posted Nov 16, 2019 at 09:43am
I was very sad to learn of Justice Sexton's passing. I learned more from my year of clerking for Justice Sexton than from any other point in my career. He was a phenomenal mentor and champion and had an indelible impact on my legal career. I would not be where I am now if it weren't for him.
Comment Share
Share via:
K

Posted Nov 12, 2019 at 12:51am
Dear Rosemary,
We were so sorry to hear of Edgar’s death. He was a wonderful man, and we have fond memories of spending time together at Charleston Lake, and at your beautiful home in Brockville. You two were a perfect pair. Edgar will be missed by so many.
Comment Share
Share via:
GC

Posted Nov 11, 2019 at 08:22am
Dear Rosemary, we wish to extend to you and your family our sincere condolences at the passing of Edgar. It has been our privilege to know you both as neighbors and friends at Charleston Lake, and shared many social dinners and evenings with you and other Lake Islanders. We have often crossed paths here in Brockville and shared conversations, with you.
While we moved from The Healing Waters of Charleston Lake, you tracked us down to invite us to your book launch " Home Before Dark " at your home on the St., Lawrence River. What a wonderful event and great memory .
With Edgar's passing , your book is a meaningful tribute to each of you and will always be a Treasured memory for us. 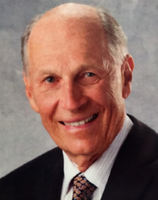 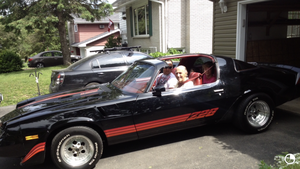 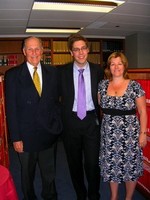