To share your memory on the wall of Heather Ferguson, sign in using one of the following options:

A family graveside service will be held at Maynard Cemetery at a later date.

As expressions of sympathy, donations to BACLA will be gratefully acknowledged.

Send condolences or share a special thought of Heather on the Memory Wall above. Thank you.
Read Less

Receive notifications about information and event scheduling for Heather

Donations are being accepted for: BROCKVILLE & AREA COMMUNITY LIVING ASSOCIATION.

We encourage you to share your most beloved memories of Heather here, so that the family and other loved ones can always see it. You can upload cherished photographs, or share your favorite stories, and can even comment on those shared by others.

Posted Jan 27, 2021 at 09:56am
My condolences to the whole family but especially to Aunt Margaret, Aunt Debbie, Aunt Elaine, and my mom.

Posted Jan 26, 2021 at 05:00pm
We were so sorry to hear of Heather's passing, Margaret. We enjoyed having her at lawn bowling during the summer months. She was a wonderful participant and was so pleased when she made a good shot! Thank you for being such a loving sister to her.
Mary Mueller - Brockville Lawn Bowling Club
Comment Share
Share via:

Posted Jan 22, 2021 at 01:23pm
To Margaret and family- So sorry to hear of Heather's passing. Our sympathy to you all.
Willard and Susan Burke
Comment Share
Share via:
F

We were sorry to hear about the loss of your sister Heather. Sending our deepest sympathy and condolences at this very sad time. 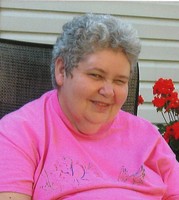