To share your memory on the wall of Guildo (Gill) Cyr, sign in using one of the following options:

Entered into rest at his residence on Wednesday February 3, 2021 at the age of 83 years. Beloved husband of the late Pauline Cyr who predeceased Gill on January 29th 2021. Survived by his five children Diane Jackson (Mark), Joan... Read More
~~~~~~~~

Gill was a well respected farmer, entrepreneur, and political activist in Leeds and Grenville County. Gill and Pauline were avid campers and enjoyed travelling all over North America. They will be sadly missed by many friends and family alike.

A private Liturgy of the Christian Funeral will be held at the Irvine Memorial Chapel with interment following at Roselawn Memorial Gardens.

As expressions of sympathy, donations to the Cancer Research Society or the Brockville and District Hospital Foundation Palliative Care.

Send condolences or share a special thought of Gill on the Memory Wall above. Thank you.

Receive notifications about information and event scheduling for Guildo (Gill)

Donations are being accepted for:
BROCKVILLE AND DISTRICT HOSPITAL FOUNDATION Cancer Research Society

We encourage you to share your most beloved memories of Guildo (Gill) here, so that the family and other loved ones can always see it. You can upload cherished photographs, or share your favorite stories, and can even comment on those shared by others.

Posted Feb 25, 2021 at 12:54pm
Dear Robert and extended family. Robert I haven't seen you since High School and when I heard the news of your parents passing,I wanted to reach out and offer my deepest sympathies to yoj and your family. What a love story first on earth and now with God,loving each other through eternity. God bless them both,may they R.I.P.At our age Robert, we have many memories to cherish Take care Ròbert. Sincerely Angela Secco (Spence)
Comment Share
Share via:

My deepest condolences to all of you on the sudden loss of both your parents. I can not imagine the heartache you feel at this time. I remember the visits I had with my aunt & uncle and how much fun we would have, even though they were far and few between. I am thinking of you and sending caring thoughts your way.

Posted Feb 09, 2021 at 10:10am
We were saddened to hear of the loss of both Gil and Pauline. Had the chance to see Gil visiting my dad at St. Lawrence Lodge about 3 years ago. It was great hearing some old stories. Our thoughts and prayers are with the family at this time.
Comment Share
Share via:
IM

Posted Feb 08, 2021 at 03:18pm
It is heart breaking enough to lose one parent but losing both with in this time frame is horrific.
Our condolences and prayers go out to you.
May their memory be a blessing in days to come. God be with you all in your grieving.
Ineke and Bill Montgomery 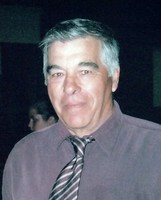 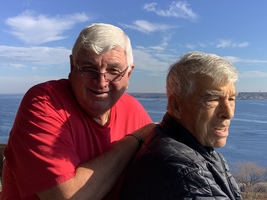 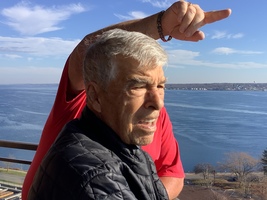 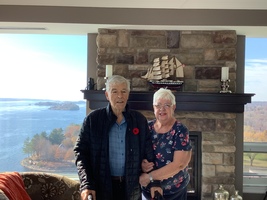