To share your memory on the wall of Gerald \"Jerry\" Nogiec, sign in using one of the following options:

Peacefully entered into rest at the Brockville General Hospital on Saturday, March 6, 2021. Gerald Anthony Nogiec, or “Jerry” as he was affectionately known, was born in Winnipeg MB on April 18, 1939. Jerry was predeceas... Read More
~~~~~~~~~~

Peacefully entered into rest at the Brockville General Hospital on Saturday, March 6, 2021. Gerald Anthony Nogiec, or “Jerry” as he was affectionately known, was born in Winnipeg MB on April 18, 1939. Jerry was predeceased by his parents Adam and Anne (nee Horrock), his siblings Dorothy, Alex, and twin sister Jane.

He is survived by his siblings Helen, Caroline, Marjorie, Henry and Edward, and his wife of 48 years Rita, his 4 children Derek (spouse Cathy), Ron (Karen), Rhoda (Frank), and Sandra (Ray); his 8 grandchildren Daniel, Stephanie, Mason, Ryan, Diana, Jordan, Hannah, and Abigail; and his 3 great-grandchildren Hailey, Bryn and Lucas.

Jerry grew up on the family farm in Gypsumville, Manitoba and moved to Winnipeg in 1956 where he met the love of his life, Rita McCaughan. Together in 1962 they moved to Toronto where he worked at Canada Malting for over 25 years and was kept busy with several small businesses during his retirement. He found a passion for volunteering his time at Habitat for Humanity Niagara, while helping his grandchildren through university. Jerry loved to spend time in Toronto, cheer on his favourite baseball team the Blue Jays, and travel with his family taking many trips across Canada and the US in the family motorhome.

Those who knew Jerry would remember him as a fearless jack-of-all-trades, always eager to lend a hand and so friendly sharing stories about his many adventures and people he had met along the way.

A private family funeral service and interment will follow. (See video below)

As expressions of sympathy, donations in his honour to Habitat For Humanity or Brockville General Hospital Palliative Care will be gratefully acknowledged.

Send condolences or share a special thought of Jerry on the Memory Wall above. Thank you.

Honouring the Life of Jerry Nogiec

Receive notifications about information and event scheduling for Gerald "Jerry"

Donations are being accepted for:
HABITAT FOR HUMANITY THOUSAND ISLANDS BROCKVILLE AND DISTRICT HOSPITAL FOUNDATION

We encourage you to share your most beloved memories of Gerald "Jerry" here, so that the family and other loved ones can always see it. You can upload cherished photographs, or share your favorite stories, and can even comment on those shared by others.

Posted Mar 12, 2021 at 03:11am
He was a top baseball player in Gypsumville. He belonged to the Highjackers and they were professional. They played in many baseball tournament down number 6 highway.He spent most of his time working on the farm as his father worked in the mine until they bought the store in town. We called him Tony. He would always visit his Baba and Gejo and they were very happy to see his smiling face. He was kind and generous and he had many friends in Gypsumville and St. Martin. R.I.P. Tony. We know he will have a loving family waiting for him.

Posted Mar 11, 2021 at 05:53pm
I am so sorry to hear this. Gramps holds a very special place in my heart. He took me in and treated me like a granddaughter. I will forever be grateful for crashing Sunday night dinners. Love you all so so much.
Comment Share
Share via:
BH

Posted Mar 11, 2021 at 12:57pm
Dear Rita Rhonda and family,
So sorry to hear of Jerry’s passing, our deepest condolences to you all. He sure could put a smile on everyone’s face, he was just that kind of character. He was always good to us , taking us all to Ontario place in the motor home to see Chitty Chitty bang bang at the Cinisphere. The kids then were ecstatic . Lots of fond memories and chuckles playing ball in Rexdale.
Fly high Jerry Big hugs to all
Comment Share
Share via:
PM

Posted Mar 11, 2021 at 09:42am
When Jerry entered a room, you knew it! His big smile combined with his colourful opinions and insights would have me laughing every time. His love for his children and grandchildren was obvious and there is nothing he wouldn't do for those that he loved.

There is only one happiness in this life, to love and be loved. You were loved Jerry!
Godspeed you on your way to your next adventure.
-Peggy and Zac

We are very sorry to hear about Gramps passing away. He was quite a character that will be sadly missed by you all.
Rest In Peace Jerry.
Henning and Jeff 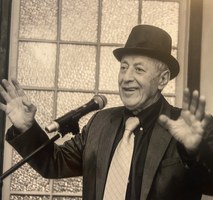 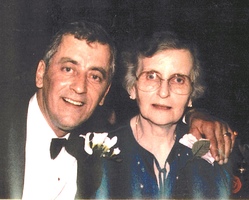 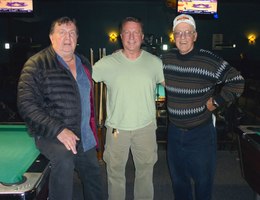 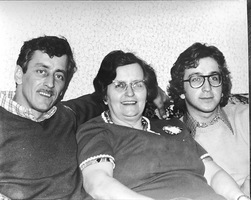