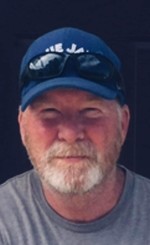 With his loving wife and children by his side, Frank passed away after a brief illness, on Tuesday, May 17, 2022 at the age of 56 years. He is survived by his wife Reta (nee Perkins), his children Michael (Melissa) Covill and Crystal (Keith) Boutliier and three grandchildren Avery, Quinn and Emma. His sisters Diane (Steve) Cox and Joan (Nigel) Davies, brothers in law Douglas (Sheila) Perkins, Laurence (Susan) Perkins, Terry (Angie) Perkins, Kenny (Teresa) Perkins and sister in law, Tanie (Ken) Harrigan. He was predeceased by his parents Francis Sr and Edna Crawford and brother Joey in infancy.
Frank will be greatly missed by his 15 nieces and nephews and 30 great nieces and nephews as well as his uncles, aunts and several cousins.

Frank was born in Perth, Ontario on January 8, 1966 and lived there until he met the love of his life and moved to Athens, Ontario.
Frank started at the Shell Lubricants plant in Brockville in 1991 and was a proud and dedicated employee. He was still employed at the time of passing.
Frank was an avid golfer and loved to travel and planned to spend retirement travelling with Reta. He took great pride in his comic book collection and the extensive remodelling of his home and garden. Frank loved barbecuing steaks around the pool for family gatherings and making his homemade spaghetti sauce that was loved by all.

Frank could be found every Sunday dressed in his Steelers Jersey cheering on his favorite team. Frank will be missed by all who knew him. Because he was the life of the party- “Rock on Frank”.

As expressions of sympathy, donations to Palliative Care will be gratefully acknowledged.
Send condolences or share a special thought of Frank on the Memory Wall above.