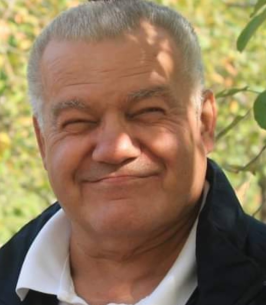 It is with heavy hearts that our beloved husband and father Eric Leslie Hutt passed away peacefully at the Brockville General Hospital on Wednesday, July 20th, 2022 at the age of 73 years. Beloved husband of 50 years to Helen Hutt and dear father of Eric Hutt (Miranda), Catharine Rowe (Shawn) and Christine Hutt. Fondly remembered by his four beloved grandchildren Mackenzie, Ross, Madison and Kai. Brother of Ron Hutt. Also survived by many nieces and nephews. Predeceased by brothers James, Ernie and Jerry Hutt; by a sister Helen McCrae and by his parents Sam and Beulah Hutt.

Eric was a private family man who had a very special bond with all of his children. Eric had a strong tie to the Brockville community for over 70 years. He worked at the Brockville General Hospital for 30 plus years. During this time Eric also had a lifetime membership at the Brockville Armories. His real Passion was helping out the veterans. He had many years of service at the Brockville Legion where he played the last post for several fallen soldiers.

A private interment service was held at Oakland Cemetery. Arrangements are entrusted with the Irvine Funeral Home, 4 James Street East. As expressions of sympathy, donations to the Brockville Legion Poppy Fund will be gratefully acknowledged.

Leave a condolence or share a memory of Eric on the Memory Wall above.