To share your memory on the wall of Edith Thornhill, sign in using one of the following options:

Edith Christena Thornhill, died Wednesday, April 28, 2021 at the Brockville General Hospital. She would have turned 98 years old on May 9, 2021. She was born on May 9, 1923 to Harvey Brown and his wife Etta (Johnston) at Crystal, Ontario. She lived with her family in the Easton's Corners area and attended the Business College in Smiths Falls.

Edith was a longtime resident of Algonquin, Bisseltown Road, Brockville and in later years Meadowview Manor in Algonquin. She and her husband Albert F. Thornhill (“Ab”) were married on December 2, 1942 shortly before his deployment overseas. After the war they both worked at the Dominion Store in Downtown Brockville. They moved to Renfrew where Albert was Dominion Store Manager for a short time prior to joining Middleton Wholesale in Pembroke. In 1951 they moved to Algonquin with their son Wayne where they opened Thornhill's General Store and ran it successfully until 1978 when they semi-retired and moved to Bisseltown Road. Albert continued operating his two school buses for many years. They also enjoyed spending time at their cottage on Upper Beverly Lake in Delta for over 20 years with family and friends.

Edith was very active in the Anglican churches of St. George's and later St. James, Maitland. She was a volunteer at Brockville General Hospital, a member of St. John Ambulance and Lifetime Member of the Fairfield Women's Institute.

The family wishes to express sincere thanks on Edith's behalf to all the doctors, nurses, and staff in Emergency, ACU, First Floor East and Palliative Care at the Brockville General Hospital. In lieu of flowers donations to St. James Church Foundation Maitland (copy and paste the following URL to donate - https://www.canadahelps.org/en/charities/st-james-church-foundation-inc/ or to the Palliative Care, Brockville General Hospital would be much appreciated.

Visitation was held at the Irvine Memorial Chapel at Roselawn, 2451 County Road 15, Maitland on Monday, May, 3, 2021 from 11am - 1 pm. A private family service took place in the chapel followed by interment in the Roselawn Memorial Gardens.

Send condolences or share a special thought of Edith on the memory Wall above. Thank you.

Receive notifications about information and event scheduling for Edith

We encourage you to share your most beloved memories of Edith here, so that the family and other loved ones can always see it. You can upload cherished photographs, or share your favorite stories, and can even comment on those shared by others.

Posted May 03, 2021 at 04:50pm
To Wayne, Gary and Families, I am sending my heartfelt condolences on the loss of your Mom. She was a wonderful lady, and I have many fond memories of your Mom and Dad in Algonquin.

Posted May 03, 2021 at 07:38am
To Gary, Wayne and Family. We would like to extend our condolences on the loss of your mother. Some of my fondest memories growing up were the weekends spent at their cottage. Their kindness and inclusion will always be remembered.

Posted May 02, 2021 at 04:46pm
We wish to send condolences to all the Thornhill family. Edith and Ab were our neighbours for many, many years. Edith always had a beautiful smile every time we saw her. Fern and Doug Johnston
Comment Share
Share via:
WS

Posted May 01, 2021 at 09:10am
To Wayne, Doreen and all the Thornhill family. My heartfelt condolences on the loss of your Mother. My thoughts and prayers are with you, at this most difficult time.
Wil Steacy
Comment Share
Share via:

Posted Apr 30, 2021 at 04:28pm
Dear Wayne and family - My deepest condolences on the passing of your Mother. Loosing your mother at any age is a deep hole in your life. Keep memories of her close to your heart and she will never be far away!!
Judi (Wetherell) Hache
Comment Share
Share via: 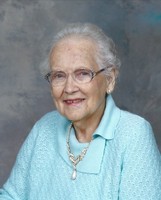 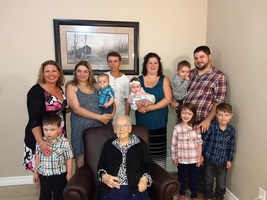 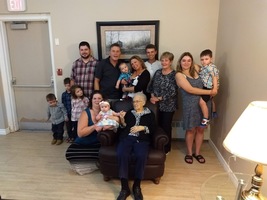 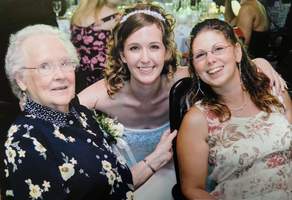