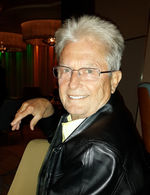 Dr. Steve Mike Zajacz, 76, passed away after a long battle with cancer on December 30, 2019 in Brockville Ontario. Steve was well known and respected in the Brockville community. His many acts of charity were done anonymously often without the benefactors even knowing the source of their good fortune.

Dr Z as they called him, was a devoted dentist for many years to his numerous patients often looking after many generations of them. He referred to his wonderful staff and patients as Family. He took great personal pride in putting beautiful smiles on the faces of Brockville and Prescott.

He is survived by his wife Dina and his children Jennifer, Jody, Tyler, Travis, Flor, Nicole and Michel. His grandkids, Emily, Addison, Natasha, Taylor, Malka, Jacob, Benjamin and Daniela. Also, by his sisters Mary, Annie, Veronica and Betty and his brother George and Joey. Steve was preceded in death by his brother Leslie.

He was an active member of Brockville Country Club and golf was one of his many passions as well as traveling to different places with his wife Dina.

Arrangements are entrusted to the Irvine Funeral Home, 4 James St. E., Brockville. A celebration of life will be announced in the following days. In lieu of flowers, donations can be made in Steve Mike Zajacz name to The Brockville and District Hospital Foundation. Send condolences on the memory wall above or place a donation using the link below.

Today we close our eyes and tell you from the bottom of our hearts,
Stevie, you will be missed so much!!
You will live forever in our hearts.