To share your memory on the wall of Doris Walker, sign in using one of the following options:

Doris was born February 13, 1935 and grew up in Verdun, a part of the City of Montreal. At age 16 she met Alan Wilfong, also of Verdun. Her parents, and their neighbours, were a little shocked to see the quiet Doris suddenly appear on the back of a motorcycle, sporting leather helmet and jacket! They were married in 1955.

Doris held various positions in Montreal, including working as a bank teller where she singlehandedly caught a notorious counterfeiter!

Doris and Alan had daughter Joanne in 1958 and Shirley in 1962. In 1964 they moved from Verdun to Chateauguay, Quebec where they lived until 1979. During this time Doris was well known for welcoming her daughters’ friends into their home for parties, dinners and sleepovers. She also drove them and their friends wherever they needed to go.

In 1979 Doris and Alan moved to Brockville, where they loved to explore the 1000 Islands from their little speed boat. Alan steered while Doris became an expert navigator, learning to read the charts so she could warn of hidden shoals, sudden whirlpools and changing currents. Doris worked for Home Care until retiring in 2000. She met several friends there. Even after retirement, they would get together for dinner on a regular basis.
Doris was an avid gardener. She created a beautiful rock garden in Chateauguay, and planted many perennials at her houses in Brockville - on the 3rd concession and on Oak St. She was happy being in nature and had a way of coaxing plants to reach their full potential.

After Alan passed away in 1986, Doris and her daughter Shirley did some travelling together. They drove to Quebec City in Doris’s red sports car with the spoiler on the back. She liked to drive fast! They also visited New York City, Banff and Jasper. But the biggest trip was in 1997 when Doris came to Scotland to spend two weeks with Shirley and her family who were on an exchange for the summer. Doris had a wonderful time in Scotland, visiting castles, historic sites and distilleries, and was treated like royalty wherever she went.
Doris was an artist. She painted scenes of animals on the walls of daughter Joanne’s bedroom when she was a baby, and later on took classes in ceramics, toll painting and water colours. She created beautiful quilts, cherished by her family.

She was resourceful and taught herself how to sew, creating unique items of clothing for Joanne when she couldn’t find anything she liked at the store. She also made designer cushions that were a big hit in Joanne’s design business.

She was also pretty tech savvy for someone of her generation. She set up her own Wi-Fi, was in charge of advertising for her condo pot-lucks, and did a thorough job of researching her genealogy. Not just her own, but those of friends who didn’t have the online software.

Doris didn’t like to make a fuss. She just quietly went about getting things done. She took care of people, including both Alan and John in their last days. She even pre-arranged her own funeral to make it easier on those left behind.

But the thing that stands out the most about Doris was her good nature. She always had a smile for those she loved. She was optimistic and fun to be with, always game to go places, or find another amazing restaurant tucked away on a back road somewhere. She could laugh at herself and shared many laugh-out-loud memories with her family and friends.

Doris was a good daughter, sister, partner, mother, aunt, grandmother, co-worker and friend. She was a good person. She was, and is, much loved. She will be sorely missed and always lovingly remembered.

A private service of remembrance was held at Roselawn Memorial Gardens in Maitland, Ontario on October 2, 2019. Donations in memory of Doris may be made to Brockville General Hospital Palliative Care. Send condolences on the memory wall above or place a donation using the link below.
Read Less

Receive notifications about information and event scheduling for Doris

We encourage you to share your most beloved memories of Doris here, so that the family and other loved ones can always see it. You can upload cherished photographs, or share your favorite stories, and can even comment on those shared by others. 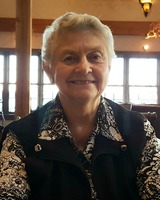 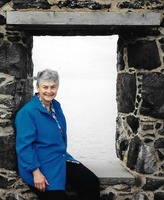 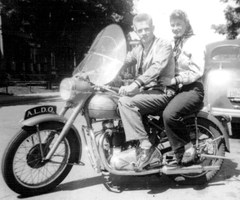