To share your memory on the wall of Donald \"Ding\" Ross, sign in using one of the following options:

Passed away peacefully with his daughter by his side at the Brockville General Hospital, Garden Street Site on Friday, June 19, 2020, at the age of 82 years. Cherished father of Missy Ross Brown (Shawn) and adoring grandfath... Read More
~~~~~~~~~~~~

Passed away peacefully with his daughter by his side at the Brockville General Hospital, Garden Street Site on Friday, June 19, 2020, at the age of 82 years. Cherished father of Missy Ross Brown (Shawn) and adoring grandfather to Madeline and Evan. Dearly remembered by his sister Mary Anne Vaughan (late Dave); his brother John Ross (Carole) and by several nieces and nephews. He was predeceased by his parents Pearl and Gordon Ross and by his brother Ted Ross (late Tootsie).

Ding will also be fondly remembered by the many friends he leaves behind, members of the Brockville Rowing Club alumni, and former students and colleagues from his long career as a teacher.

The family would like to thank the wonderful health care team that cared for Ding over the last few years. They are very grateful for the thoughtful and attentive care he received at home and in hospital.

As expressions of sympathy, donations to the Brockville and district Hospital Palliative Care or the Brockville Rowing Club will be gratefully acknowledged.

Please take a moment to send a message of condolence or share a special thought of Ding on the Memory Wall above. Thank you.
Read Less

Receive notifications about information and event scheduling for Donald "Ding"

Donations are being accepted for:
BROCKVILLE AND DISTRICT HOSPITAL FOUNDATION THE BROCKVILLE ROWING CLUB INCORPORATED

We encourage you to share your most beloved memories of Donald "Ding" here, so that the family and other loved ones can always see it. You can upload cherished photographs, or share your favorite stories, and can even comment on those shared by others.

Posted Jun 25, 2020 at 11:26pm
Missy and family I was so sorry to hear about Dons' passing! Your Dad and I became friends when I delivered his newspaper to him at 95 Front and then continued that friendship when he moved into my bldg. at 91. I would often join him for a smoke on his balcony or just stop by to check on him. He was a good man. He adored you Missy and cherished all the photos of his family. When Covid-19 hit we could not visit anymore because I was afraid that he might contract it from me so we would stay in touch by phone. He always laughed when I would say "prisoner #52 calling prisoner #22" He suffered a lot in the past year and never let it slow him down. I will miss you prisoner 22!

Posted Jun 25, 2020 at 03:59pm
I met Ding when I married one of his many BCI buddies. Then we taught together at South Grenville, where he was much loved and respected. Ding was always good company, and had that sunny smile and distinctive laugh. He gave me the nickname “Nordic” about 57 years ago, and never called me anything else!
We’ll miss you, Ding.
Comment Share
Share via:
PM

Posted Jun 24, 2020 at 03:48pm
I am grateful for a short visit I had with Ding on a chance encounter in a pub on a visit home last year. Although he had just received some bad news regarding his health, he was his cheerful and genuine self as we shared a few laughs about life. Like many others, I hold fond memories of Ding as a charismatic, fun-loving person. Condolences to Missy and family for your loss.

Posted Jun 24, 2020 at 01:56pm
Dear Missy and Family - so sorry to hear of the passing of Ding.
Ding was a wonderful character for whom the BRC flowed through his veins. Ding's memory will live on in so many of the people he taught at school and the BRC. Sincerely, Peter Van Rooijen 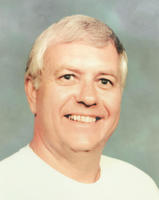