To share your memory on the wall of Carolyn (Cally) Tripp, sign in using one of the following options:

Due to Covid-19 restrictions, there will be no funeral or service. A Celebration of Life will be held when gathering and travelling are permitted.
In lieu of flowers, donations in Cally’s name to the Palliative Care program at the Brockville and District Hospital Foundation would be appreciated by her family.

Send condolences or share a special thought of Carolyn on the Memory Wall above.
Read Less

Receive notifications about information and event scheduling for Carolyn (Cally)

We encourage you to share your most beloved memories of Carolyn (Cally) here, so that the family and other loved ones can always see it. You can upload cherished photographs, or share your favorite stories, and can even comment on those shared by others.

Posted Feb 05, 2021 at 04:49pm
Mother Teresa once said, “every time you smile at someone, it is an action of love, a gift to that person.” Our spunky Cally knew how to share her smile and words to make people feel welcomed and accepted into the Thousand Islanders. She will forever be a treasure in our chest of memories.......Karen Koivumaki
Comment Share
Share via:
LW

Posted Feb 03, 2021 at 01:28pm
My deepest sympathy to Jennifer and Karalyn and your families. I was saddened to learn of Cally's passing. She was such a bright light. Always approaching life in such a positive way, encouraging and bringing smiles to everyone she met. She will be met in so many ways. Thoughts are with you but memories will live on.
Linda Woods
Comment Share
Share via:
MS

Posted Feb 03, 2021 at 12:23pm
Cally was so important to many of us in the lead section of the Thousand Islanders Chorus. She encouraged, mentored, taught and coached and acted as a shining example of how to be a consummate lead.
And all the while smiling, laughing and having fun.

To honour her and to keep improving —as Cally always wanted —we will all need to step up our game. She will be on my shoulder always when I am singing.

For now my heart has a huge hole in it. Condolences to her family and as you must know -- Cally was loved by so many.
Comment Share
Share via:
DG

Posted Feb 02, 2021 at 02:40pm
Tribute to Cally Tripp from her friends of The Thousand Islanders Chorus

We accumulate many precious memories along life’s road,
And when grief befalls, they can help to lighten the load.
Our fond memories of Cally Tripp are deep in our hearts,
From gathering to sing in harmony with all the four parts.
Cally was a calm leader, very encouraging, and enthusiastic;
Her performance of our repertoire was always fantastic!
Her demeanour, when telling a story, each time she would sing
Helped all of us to improve, and try to make our chords ring.
We are all truly thankful for the skills she kindly did share;
Her teaching talents were unique, and she did sincerely care.
Her smile and sense of humour were so delightful to receive,
Along with her positive attitude, she taught us how to believe.
The days ahead will be challenging for every one of us we know;
But Cally would want us singing, so the T.I.’s can flourish, and grow.

Posted Feb 02, 2021 at 12:09pm
Cally was a source of joy with her energy, enthusiasm and knowledge of music. Our rehearsals were full of stories, laughter and four part harmony. As a foursome we had a wonderful rapport and became very close friends over our six years together. Our lives have a Cally-sized hole in them, but our memories – and our hearts - are full. Cally, we will always miss you tremendously, but we cherish the time we had together. Debbie, Gidget, and Chris of Please Stay Tuned 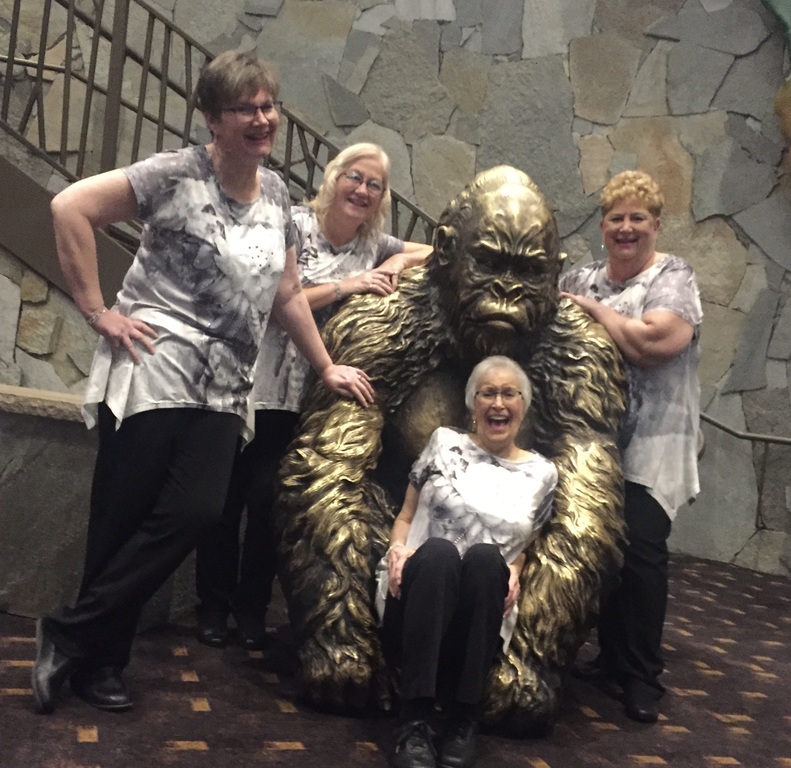 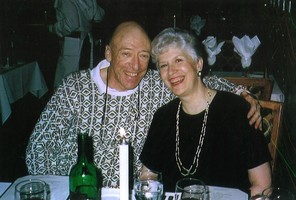 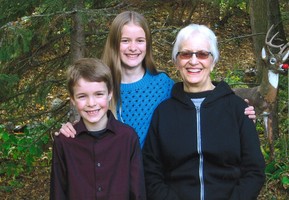 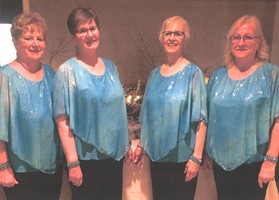