To share your memory on the wall of Carol Davis, sign in using one of the following options:

Carol Ann Davis was born in Brockville on 1 July 1938, the first daughter of the long deceased Charles Frederick Davis and the former Anne Elizabeth Hurlbut. She lived in Brockville all her life, beginning her education at Victoria School, then attending B.C.I., and finally Brockville Business College, from where she graduated in 1957. Afterwards, she joined Selkirk Metal Products, later Selkirk Metalbestos, and steadily laid the groundwork for a business career. She started work there as a secretary, then became executive secretary to the President, then Personnel Manager, and then Data Processing Manager for the firm.

She had a remarkable business career. As a woman in a very male business environment in the late 1950s and early 1960s, she was in reality a quiet pioneer, her professionalism, hard work, and dedication making her move into management a logical one. She was so highly thought of that she was posted overseas to the U.K. for a short period in the late 1960s and early 1970s, after Selkirk was purchased by Wallace Murray.

This career took a back seat, however, when she became the primary caregiver over a number of years for her ill parents and grandmother. Indirectly, however, that led her to become more involved in volunteer work in the local Brockville community. She joined the palliative care program at the former St. Vincent de Paul Hospital in 1979, and until just a few years ago was the treasurer for the Brockville and Area Community Living Association (BACLA). She was treasurer for the Annual 30-Hour Telethon for Palliative Care Services since its inception in 1984, and she also served as treasurer for the Education for Quality Accessibility (EQA). In all these posts she also served as a Board Director. She received successive Ontario Volunteer Service Awards, most recently in July 2009 for 25 years of service to the community, capping a remarkable career as a volunteer.

Alongside her voluntary work, she eventually pursued a career, with a few exceptions, outside industry, first becoming Office Manager for the Brockville YM-YWCA in July 1975, and ending her career as HR Manager at the St. Vincent de Paul Hospital, from where she retired in 2003.

She enjoyed her work, as well as voluntary work; travel especially to visit her brother in England; being at home, and watching the New England Patriots. She also enjoyed the company of many dear friends during her illness, amongst which were Fay and Sonny, Betty, and Joan, as well as Karen Matte who the family would particularly like to thank for her support and kindness, and grace under pressure. We would like to thank Sean McFadden for his support during Carol’s journey.

With deep appreciation and respect to all the staff for the excellent care and support over the past 5 years. Carol’s home was Elm. The family cannot express the dedication, kindness, empathy and commitment the team on Elm and Pine provided during her journey. “The Boss” will be watching you from heaven. In memory of Carol, please, consider donating generously to the St. Lawrence Lodge Foundation in order to sustain and support the level of care truly worthy of the precious lives that reside there.

A celebration of Carol's life will be held on Saturday, September 28, 2019 at Irvine Funeral Home, 4 James St. E., Brockville from 12-2 pm with tributes at 12:30 pm. Place a condolence on the memory wall tab above or make a donation using the link below.
Read Less

Receive notifications about information and event scheduling for Carol

We encourage you to share your most beloved memories of Carol here, so that the family and other loved ones can always see it. You can upload cherished photographs, or share your favorite stories, and can even comment on those shared by others.

My deepest sympathy to Lynne, Bernie, and your family in the loss of your dear sister Carol. My thoughts are with you Lynne.

Posted Sep 02, 2019 at 07:17pm
Lynne, and Tom
So sad to hear of carols passing. I have fond memories of her and all of you when she was a resident with us at Rosedale Retirement Home. As with my memories I am sure yours give u a smile and great comfort. She was a great lady and always left you with a smile or giggle.
Comment Share
Share via:
H

So sorry to learn about Carol's passing. May you take comfort in the great memories you shared with her.

Posted Aug 31, 2019 at 02:52pm
My deepest sympathy to Lynn, Bernie, and your family in the loss of your dear sister Carol Davis.
I spoke with Carol every day when my loved one was at St. Lawrence Lodge.
My you find comfort in your treasured memories.
Edith Ward
Comment Share
Share via:
S

Posted Aug 31, 2019 at 02:33pm
Carol was a friend and my boss. She hired me twice. 1st at Selkirk and 2nd time at St. Vincent de Paul Hospotal.. she was a great mentor and friend and I still hear her in my head saying I think we need to do it this way. She also introduced me to the 30 hr telethon for palliative care. Starting with 1 hour 1 year and the whole weekend from then on till the present. It was her charity of choice and she was there from the beginning. Her legacy with the telethon will live on. Condolences to the family. Just know she is in a better place.
Comment Share
Share via:
S

This is from Ada and David Not spuddoc68.😥 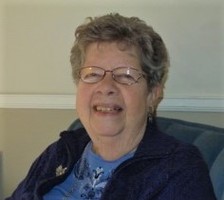