To share your memory on the wall of Beverley Latham, sign in using one of the following options:

Bev was born in the small eastern Ontario township of Prescott in November 4, 1946. She was the seventh child of Lester Poore, with older siblings June (Urquart), Carole (Lepage) Ken, Barbara (Lee) and Don. Her mother Bla... Read More
~~~~~~~~~~~~~~~

Bev was born in the small eastern Ontario township of Prescott in November 4, 1946. She was the seventh child of Lester Poore, with older siblings June (Urquart), Carole (Lepage) Ken, Barbara (Lee) and Don. Her mother Blanche and Lester expanded their family with older brother Art and then Bev.

In the spring of 1965 she met Don at the local dance hall. Don fondly shares that he was captivated by both her beauty and energy and was bold enough to ask her for a dance. That started a 50 year love story between Bev and Don that was full of many adventures. Their partnership included a lot of laughter, light-hearted teasing and many shared experiences.

Married in 1970, Bev and Don moved to Niagara Falls in the spring of that year. In 1976 Bev had Ryan and Shannon followed sixteen months later. When asked “wasn’t it crazy to be changing two sets of diapers?”, she happily replied, “it was fun and they were cute”. Moving their young family to Burlington in 1986 she was a committed cheerleader to Ryan’s hockey and concerts and Shannon’s soccer. She subbed in once as a coach, but it ends up she was a better on the sidelines than running plays. Bev was a great cook; spoiling her family with three course meals most nights. Her cooking was always made with love and the occasional hint of profanity.

Of Bev’s many wonderful qualities, she had a gift for bringing people together. During her time in Niagara Falls, she led the Ladies Ski Club; ensuring the group was having fun, singing and had ample wine (on a chauffeured bus of course). From large functions to family dinners to the grocery store; she brought light to every social situation.

Bev and Don travelled to over 30 countries, 14 of them in the Caribbean; Bev loved the sunshine. She approached each new place with curiosity, her open heart and a willingness to try local wine.

Bev was athletic; engaging in golfing, skiing, swimming and diving. Although she was competitive, she didn’t like practicing. She would tell anyone who asked that she could beat Don at golf. She took this competitive spirit to canasta, bocci ball and even Scrabble.

In 2007 Don accepted an opportunity in British Columbia. Bev was not happy about packing up her life in Burlington, but she quickly became a convert to the warm weather and wonderful people. Ryan toured her around the new community and Bev fell in love with the Surrey YMCA. This started a wonderful chapter with her AquaFit friends and become a daily practice for 8 years.

Bev was a great listener; she was intuitive and knew when you needed to be cheered up or supported without having to say a word. She has many life-long friends who will miss her compassion, sense of fun and mischievous side.

Retiring to Brockville in 2017 to be closer to family and friends; she enjoyed the beautiful river views, balcony gardening, spending time golfing and more frequent visits from Shannon, Ryan and Amanda. She was a devoted mother and gave amazing hugs.

Bev battled cancer for the past two years and died suddenly last week. It is difficult to imagine a life without her. There are too many family and friends to name individually so we captured her story hoping that pieces will make you smile in remembrance of her - just like Bev would have wanted.

For those wishing to make a donation in memory of Bev, please consider The Brockville and Area Food Bank, your local Food Bank or a Shelter to help those in need.

Send a message of condolence or share a special thought of Bev on the Memory Wall above. Thank you.
Read Less

Receive notifications about information and event scheduling for Beverley

Donations are being accepted for: Brockville and Area Food Bank.

We encourage you to share your most beloved memories of Beverley here, so that the family and other loved ones can always see it. You can upload cherished photographs, or share your favorite stories, and can even comment on those shared by others.

Posted Apr 08, 2021 at 08:46pm
Dear Don, Ryan & Shannon,
It is with profound sadness to have just learned today, April 8th, of Bev's untimely passing .
Although we lost contact throughout our married years, cousin Bev and I, enjoyed many years of happy times together. Every summer she would spend two weeks at my home in Ottawa and I would spend two weeks at her home in Prescott. Our families spent many a Christmas and New Years celebration together.
It was a pleasure to read about Bev's wonderful life throughout the years.
I will hold my memories close to my heart as know you will too.
My sincere condolences,
Suzanne Smith (nee Mould)

Posted Mar 11, 2021 at 02:53pm
Our thoughts and prayers are with you Don ,Ryan, Shannon, and Marg and Bob during this time of grieving, The pain may seem unbearable now, but in time the great memories you have will will win through and you will find happiness again. Shirley and John Jagow
Comment Share
Share via:
DD

Posted Mar 04, 2021 at 01:25pm
We will miss Bev. She was not only a sibling, but a close friend as well. I spent a vacation with Don and Bev in BC and had lots of laughs and good times. When they returned to Brockville we spent time together swimming and enjoying a few bubblies. Last summer (2020) her and Don visited Eric and I at our campsite to visit, have a swim and a sip of wine,it will always be remembered. She will always be in my heart. Love Barbara.
Comment Share
Share via:
CP

I was so saddened by this news of Bev's passing and my heartfelt condolences go out to you all. I found your lovely tribute to her both informative and inspiring. She'll be proud of you all indeed! Rest assured, you will gain strength from your precious and forever memories of her. Bev's always warm and friendly smile brings special memories for me. Stay safe and take care! 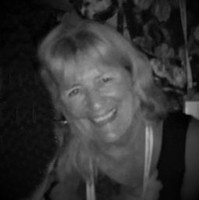