To share your memory on the wall of Alan Morgan, sign in using one of the following options:

On Wednesday February 10, 2021, Alan Howard Morgan, loving husband and father of six children, passed away at the age of 90. Alan was born on August 7, 1930 in Ottawa, ON. He is survived by his wife of 69 years, Marion Ruth (nee Rocheleau.) They raised six children - Rosemary (Art) Reid, David (Yvonne) Morgan, Janet (Ambrose) Arcand, Pauline (David) Nowell, Nathan (Michelle) Morgan, Andrew (Carrie) Morgan. Alan is survived by many grandchildren, and great grandchildren. He is also survived by his sister Lois Press. Predeceased by his brother Lawrence and daughter-in-law Kathleen (David) Morgan.

Alan was passionate about community service and was a member of the Brockville Rotary Club and treasurer of the United Way for over 50 years. His service was recognized by then Governor General Romeo LeBlanc in 1998. He was a member of the Probus Club, and he and Marion enjoyed many of their trips.

He was a long- time member of First Baptist Church and served in various positions as needed.
He practiced accounting from his CPA graduation valedictorian speech in 1955, then amalgamated with the Institute of Chartered Accountants of Ontario in 1962, until his retirement in 1995.

A celebration of the life of Alan Morgan will be held at the First Baptist Church, Pine Street Brockville on Saturday, March 20th at 11 am.

Due to Covid 19 restrictions a limited number of guests will be in attendance. To register for the funeral please RSVP below or call 613-342-2828 between the hours of 9 am – 4:30 pm, Monday to Friday.

In memorial donations to the Brockville and District Hospital Foundation Palliative Care; the United Way of Leeds and Grenville or the charity of your choice will be gratefully acknowledged by the family.

Send condolences or share a special thought of Alan on the Memory Wall above. Thank you.
Read Less

Receive notifications about information and event scheduling for Alan

Donations are being accepted for:
BROCKVILLE AND DISTRICT HOSPITAL FOUNDATION UNITED WAY OF LEEDS AND GRENVILLE

We encourage you to share your most beloved memories of Alan here, so that the family and other loved ones can always see it. You can upload cherished photographs, or share your favorite stories, and can even comment on those shared by others.

Posted Feb 23, 2021 at 02:32am
I fondly remember Mr. Morgan from way back in the day at First Baptist Church. He was a pillar of the church and so kind to all the teenagers. My condolences to David and the family.
Comment Share
Share via:
MS

Heartfelt thoughts and prayers go out to you all.

I can still see Mr. Morgan leading the Sunday school music...and he was always so enthusiastic.

Also I marveled and envied him as I saw him walking back and forth to work.

Please accept my deepest sympathy for your loss.

Posted Feb 13, 2021 at 02:53pm
Our deepest sympathies Marion to you and your family. May your happy memories of the past bring you a little comfort and peace .

Sincerely,
Peter and Edna Laver
Of the Ballroom Dance Club

Posted Feb 13, 2021 at 11:51am
To the Morgan family,
Francis and I were saddened to hear about Alan's passing. We always enjoyed speaking with him and Marion when we met out walking or at summer church services held between our church and First Baptist. Please accept our deepest condolences and know that you are in our thoughts and prayers. Pauline, you and I have known each other for more years than either of us are willing to admit and Francis and Dave have been friends for even longer. We are both sorry for your loss.
sincerely Francis and Janet LeBrun
Comment Share
Share via: 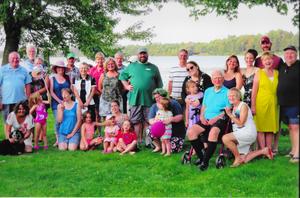 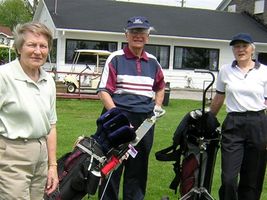